Not so long ago, I've shown the rider models for the halfling light cavalry with spears. These will normally fit on the dwarven ponies for a traditional mount, but if you like something a bit more quirky and fluffy, here are the sculpts for the proper halfling mounts. The prototype model was sculpted by Brad Shier, with some conversions for the other poses by John Pickford: 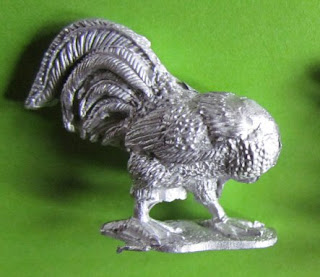 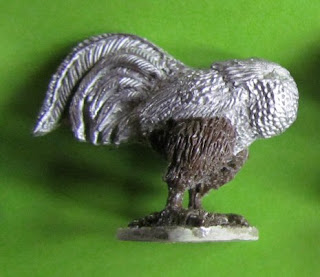 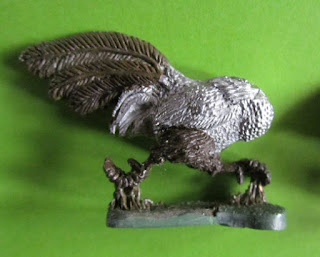 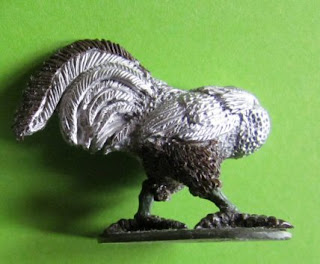 For an idea of relative size of rider to rooster, here's an example of the original prototype sculpted by Brad Shier, painted by him, with an unreleased rider that is now also in The Assault Group's hands; 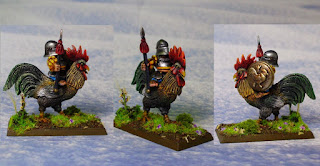