These are the greens for the first two sets in the all-new halfling subrange. Unlike Kev's earlier goblin-to-halfling conversion sets, these are sculpted by Juan Montaño in a more old-school "short and stumpy" style. You will now be able to choose between fit, slim halflings (Kev Adams) or stumpy, fatter halflings (Juan Montaño).  In theory, weapons and heads should be interchangeable between the two, though I'll have to put that to the test after moulding. 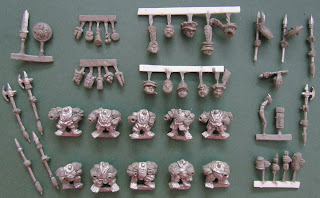 The heads for the first two core infantry sets. 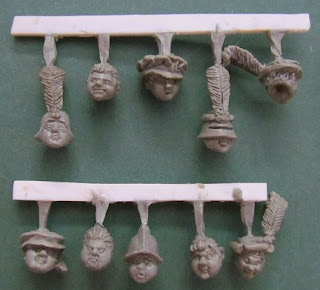 The bodies for the first two sets:

The weapons for the second set of bodies: halberd+shield, spear+shield, sword+shield, twohanded spear, twohanded halberd. The bow and quiver are for set 1. 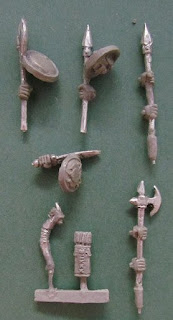 A better look at the shields: radishes, carrots, tomato...

Hands to go with the bow option on set 1 or for combining the set 1 weapons with set 2 bodies: sandwich, arrows, arrow with skewered apple and a pint. 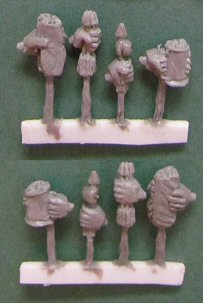 Your army can't march on an empty stomach. Or on one that hasn't been filled for over an hour. These "extra" rations can be added to figures for more customisation: 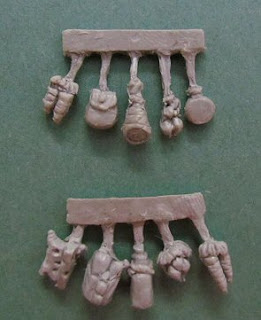