Dwarf Knights of the Great Bear on Foot - Greens

It's been a while since there's been another update on the dwarfs, but John just sent me the final pictures for the next two sets: Dismounted Dwarf Knights of the Great Bear: 8 models including full command.

First, the Captain and Sergeant for the unit. I included the center pictures because they give a frontal look at the models, but note that the hammers on those were still WIP and final look is as shown on the left side of the image: 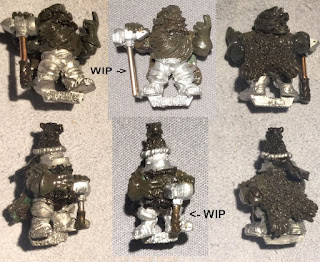 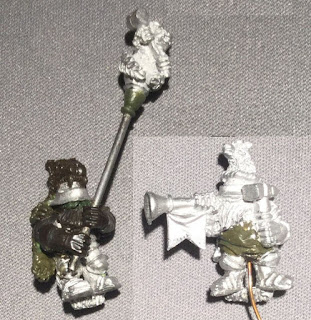 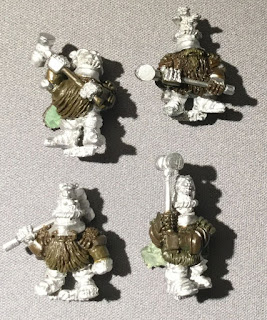 A closer look at the individual models: 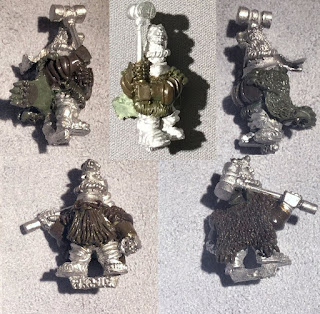 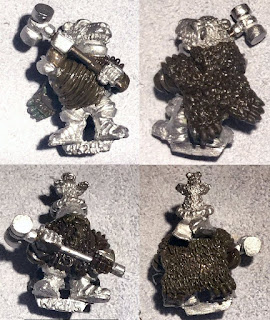 I think John did a good job on these and they are the best of all the dwarven footknights we had done. They wouldn't look too out of place with the Ewal Dvergar either.

The (for now) final installment of the Witchhunter set, all sculpted by Mick Darpa in a deliberate 90's style.

This band of witchhunters travel with a cleric for some moral and divine support. Of course, given the nature of their calling, it's a cleric of the God of Death, so the grim appearance and the skullfaced mask might not lift the group's morale much, but you can't have everything. 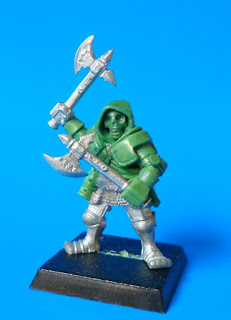 A minor update to the witchhunter with pistols from last time, in the form of the addition of a small dagger to the backside: 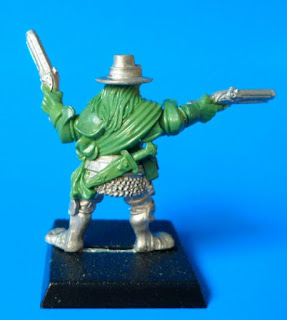