The good news is the second half of the Zweihänder set is ready and off to be mastermoulded. The bad news is most of the pictures I took of them before they left turned out pretty bad. Still, bad pictures are better than no pictures,  so I will shown them to you anyway, as I think the models are very good.

I'll start with my favourite of this bunch, he of the hat with many feathers. The flambergé type sword makes a nice change from the others and looks very good.

The next one mirrors the previous pose, though doesn't look quite as heroic. It takes all sorts.

The third and final rank and file figure is another body variant for the unitfiller pack, with two new heads. 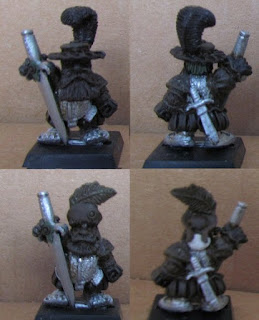 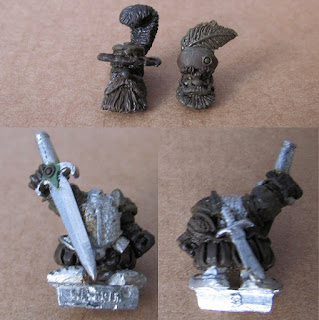 The Zweihänder come with full command (their captain was included in the first batch). The standardbearer is carrying a small sword, which is resting casually on his shoulder (sharp side up of course).

We tend to associate bagpipes with the Scottish, but in truth they were pretty common in Western Europe during the landsknecht era.

Finally, something whimsical, which may or may not end up in the "Hors Série" range, a small duckling with a landsknecht hat, made by John as an in joke. It's really tiny, as can be seen from the picture. 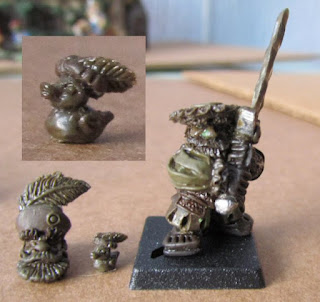 Not much painting done, but I did manage to convert and paint this Lemax well I picked up at a discount. The scale isn't perfect, but stylewise it fits in well. I replaced the rope and handle, removed the buckets and added a small step.

With some figures and scenery: 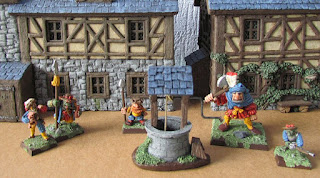 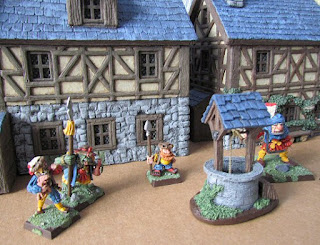 Comparison with the stock model: 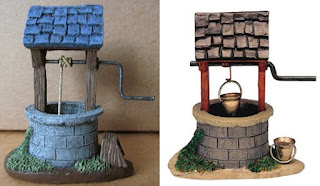 And just a view with the buildings from the previous updates and some figures: 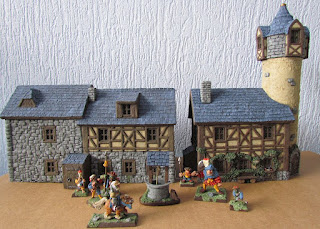 An update at last. I haven't been painting a lot lately, the winter season is never a good one for me in that regard as I can't motivate myself to get on with it. At least I managed to finish this building that sat on my desk 95% complete. This is the second of two Ziterdes hardfoam buildings I got at Crisis. You may remember the first one here.

This second one is supposed to be a watermill but I chickened out and didn't add the wheel, mainly because I haven't built any water/river terrain yet and I want it all to match when I do. There were a couple small flaws to this building, but overall it's a light and sturdy piece that does look the part. 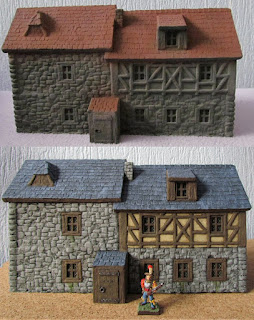 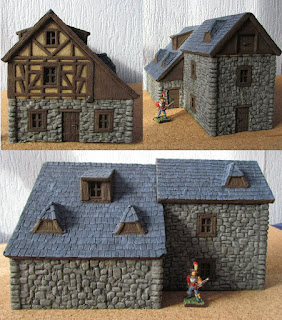 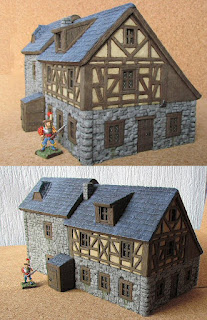