By popular demand, some size comparisons of the upcoming Sea Elf conversion parts and a look at the relative size of the landgriffons to a humansized rider.

First off, some examples of the Sea Elf conversion bits used with some Perry Miniatures plastic arms (and one head). As you can see, the Elf bodies and Perry bits look like a marriage made in heaven and should allow for some good customisation opportunities. 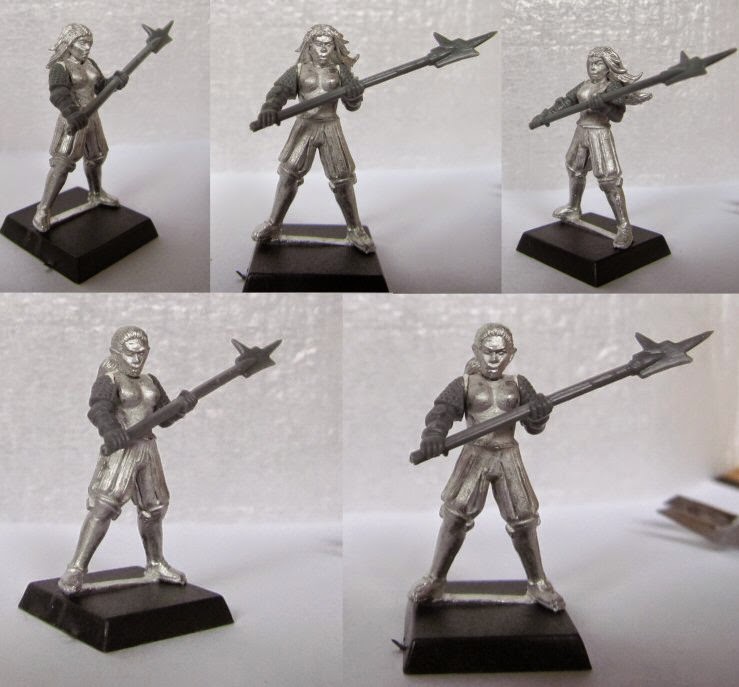 I don't have access to my current edition GW plastics at the moment (stored away since the move), but I did have these 6th edition state trooper metal command bits available (head and arms) and I think they work pretty well. 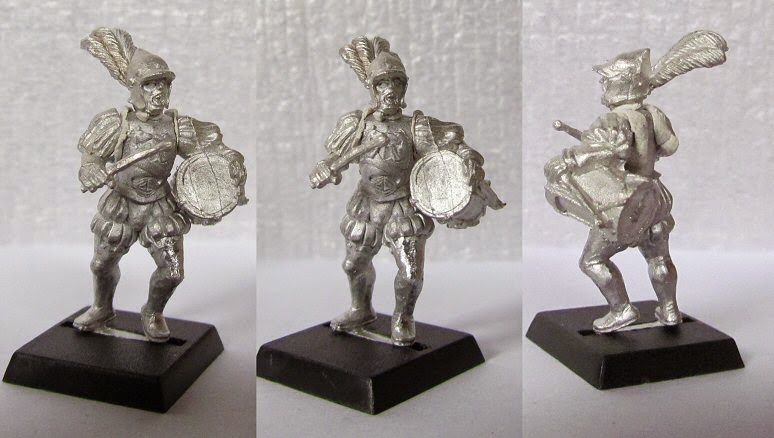 Finally, a very limited couple shots of the elf bits used with each other (heads, bodies and arms separate). The fifer arms work best on the female torso, as they were designed for it, but they can be made to work with most of the others with a little extra TLC. 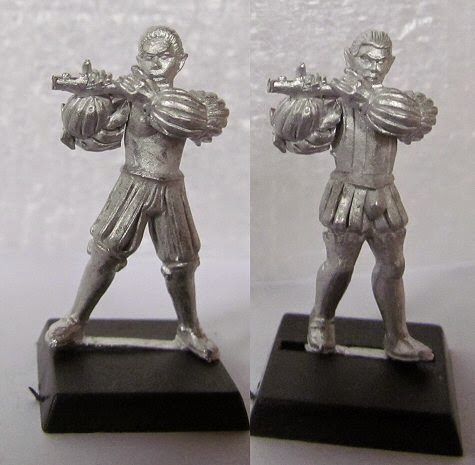 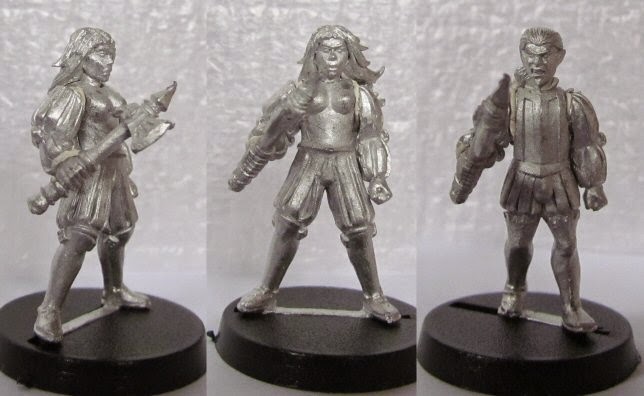 Moving onto big beasties, here are a few shots of the landgriffons with an old GW knight panther. As you can see, the size in itself works well enough, but the crouched pose of the feline paws make it look a bit low to the ground compared to a warhorse. 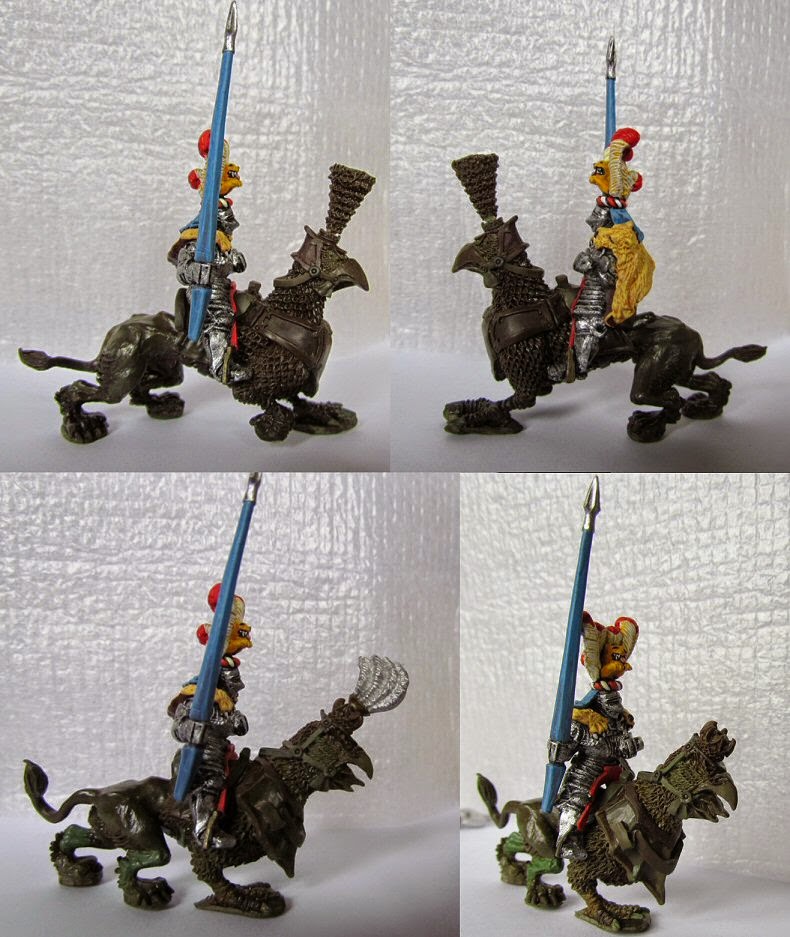 Mick Darpa is currently working on the first two sets of human footknights. It's going to be a while yet before all of them are done, but I couldn't resist showing of these first two complete figures:

The weapons are separate to allow for some more variation in weapons. These will all have shields. 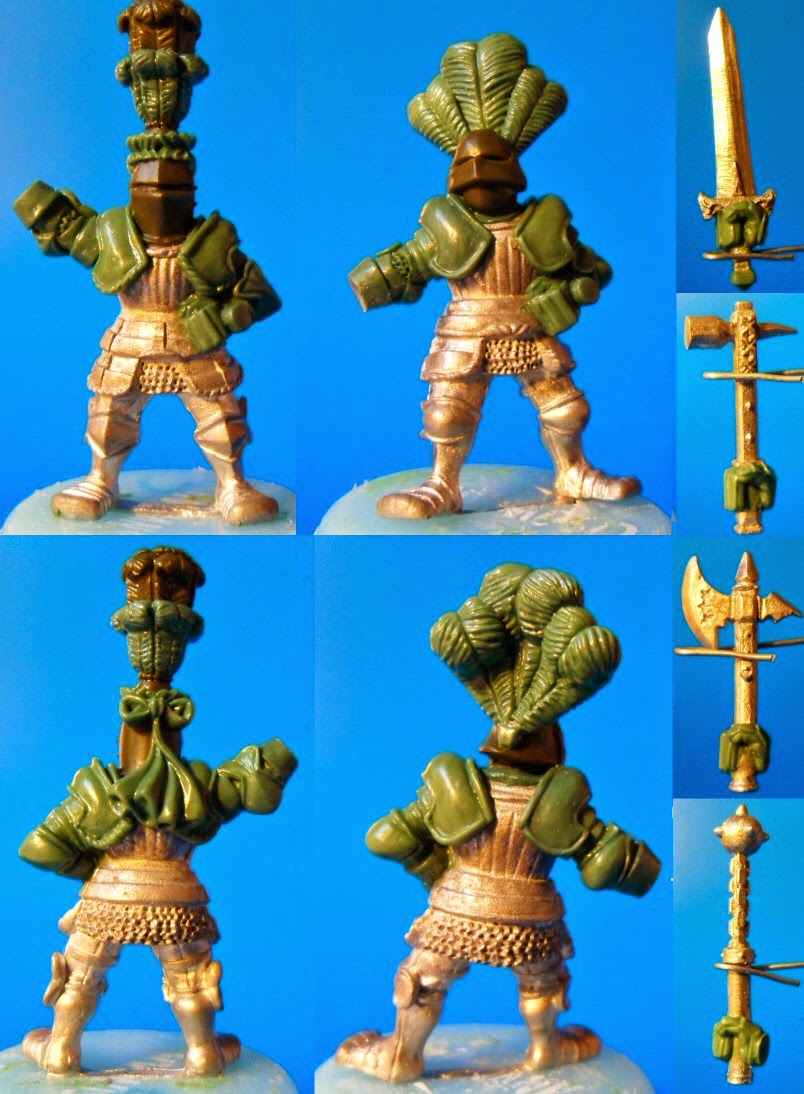 If ponies aren't badass enough for you... Monstrous cavalry for the Dwarf veteran knights and future characters. Landgriffons by John Pickford. 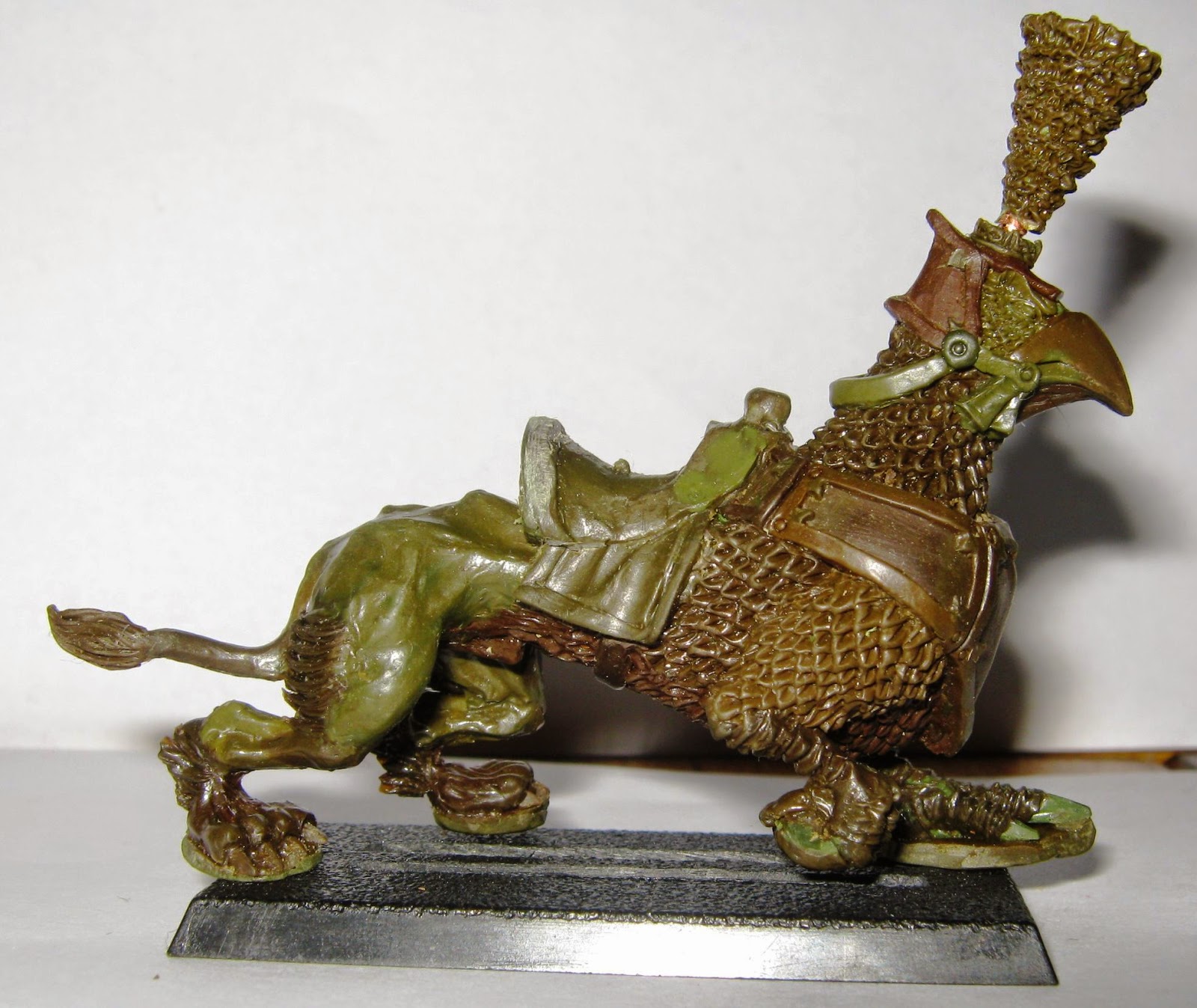 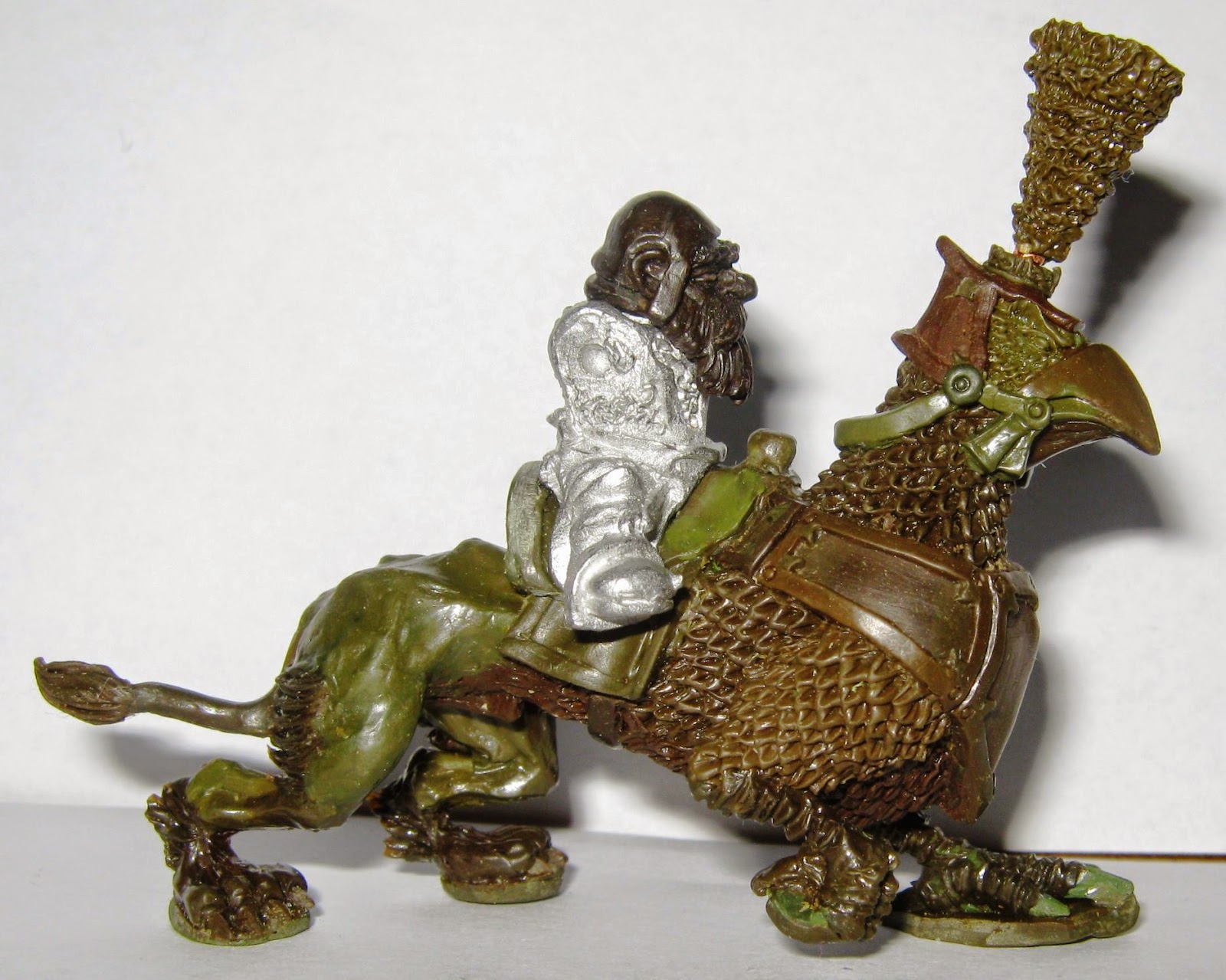 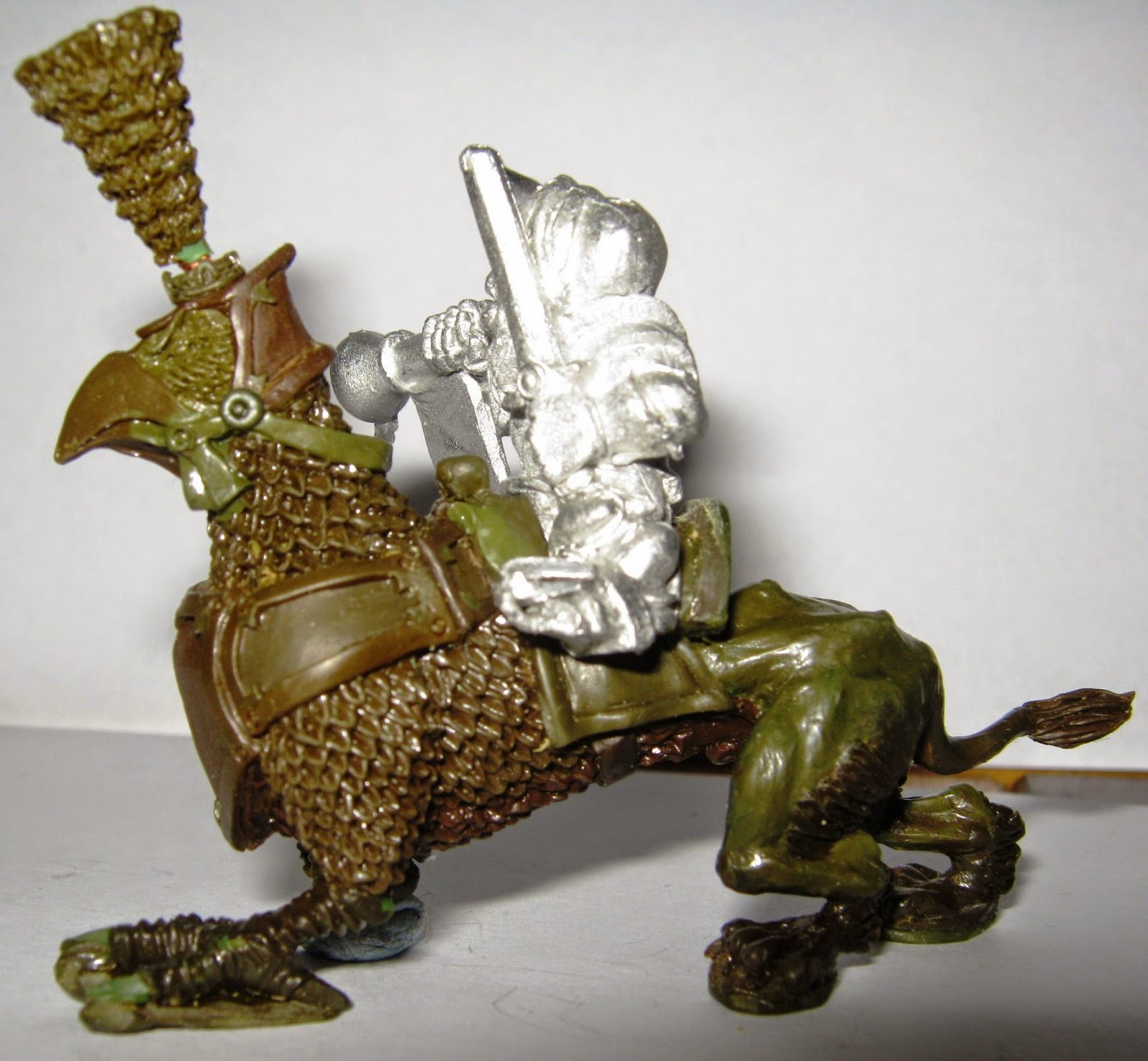 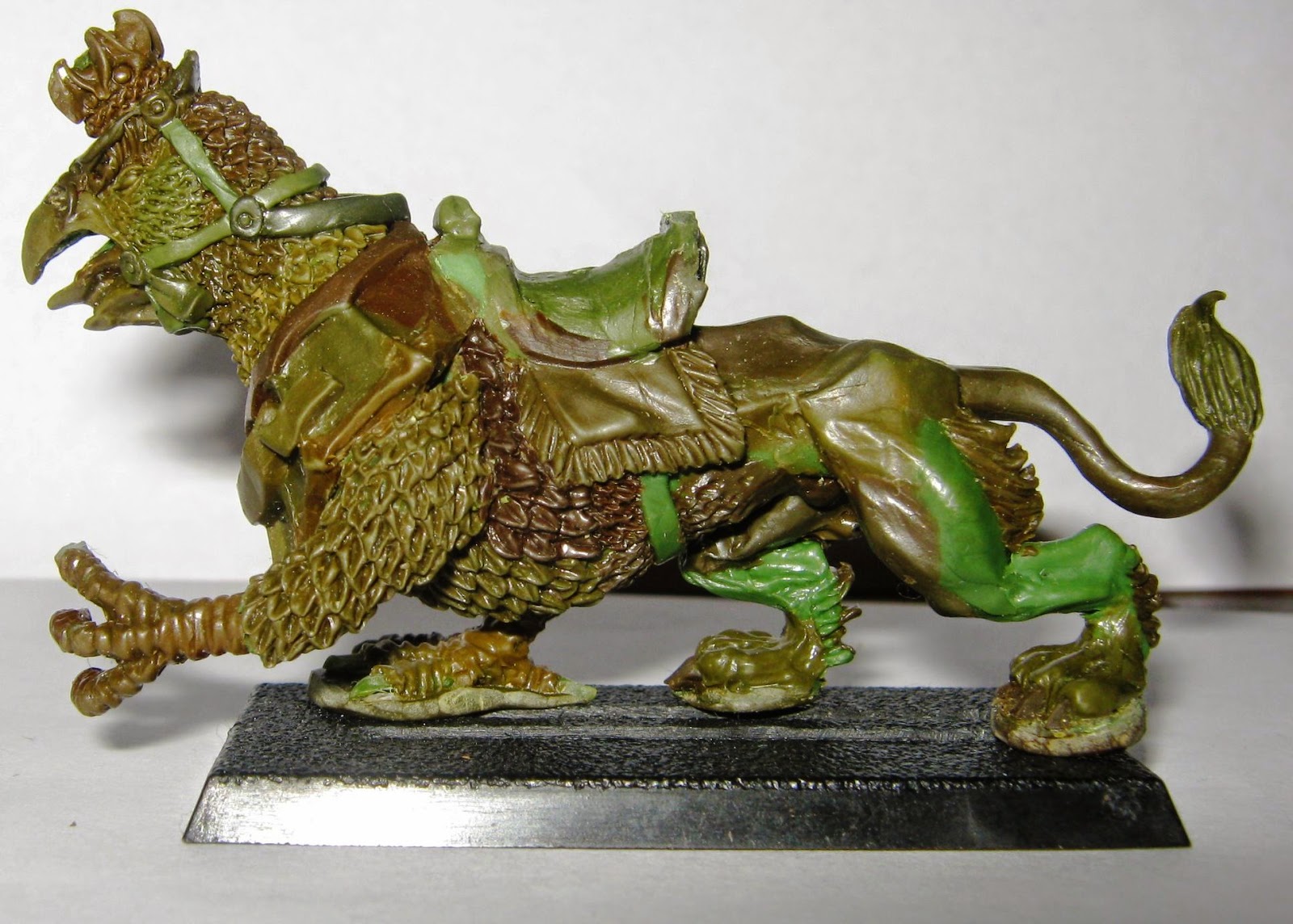 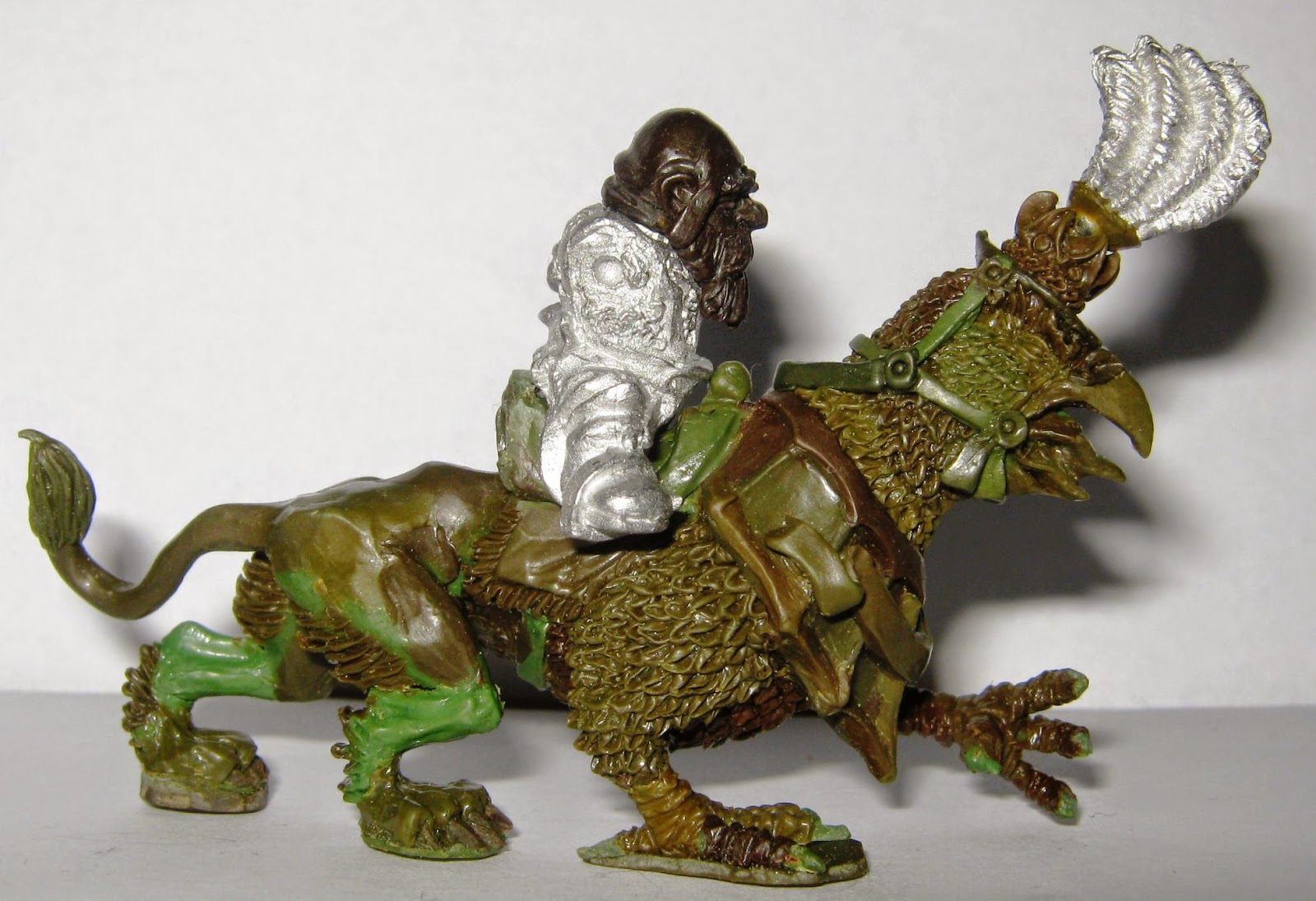 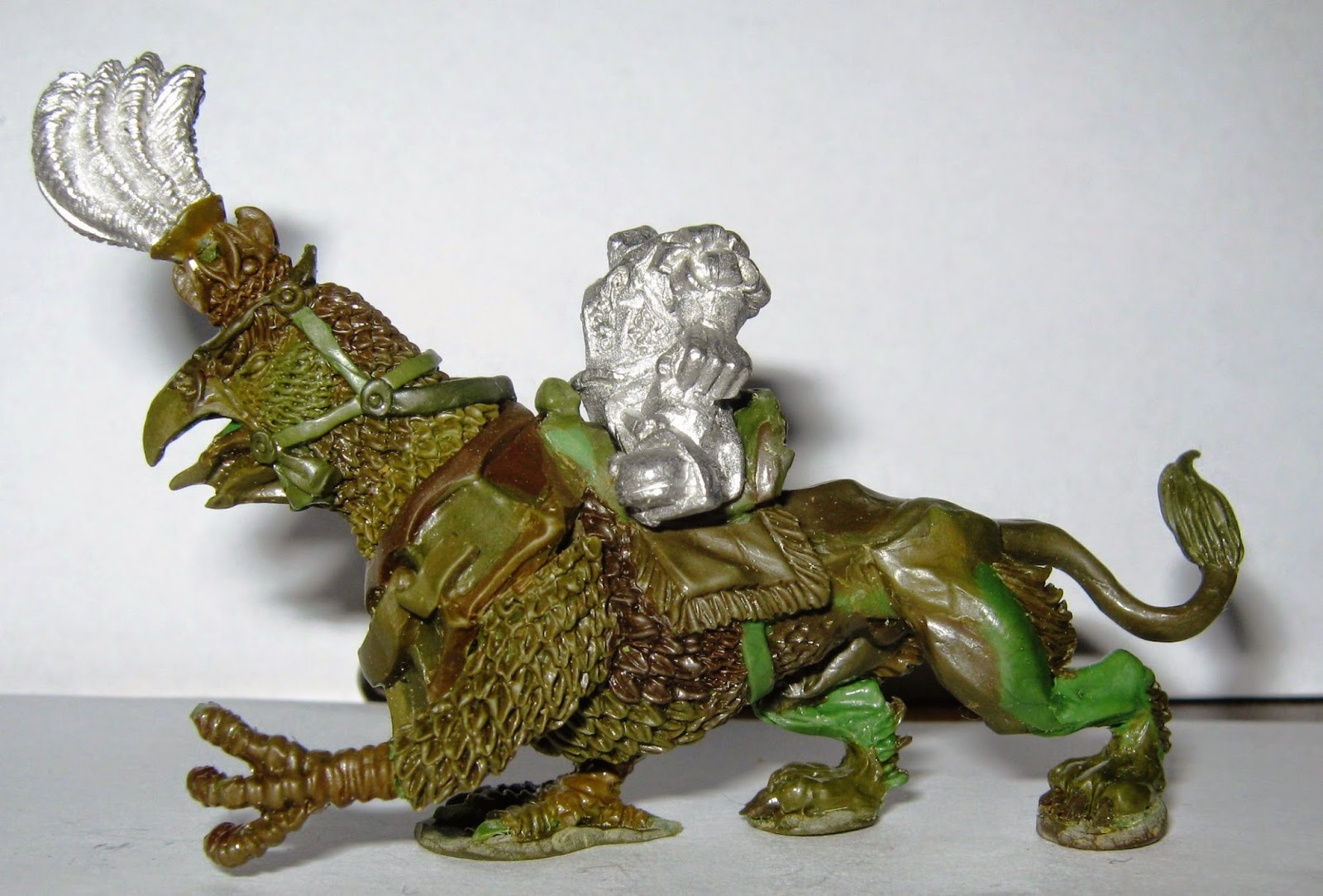