As a teaser, a small indication of things to come: 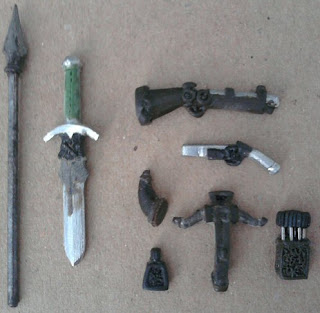 Just a quicky to show that they also work with the earlier heads: 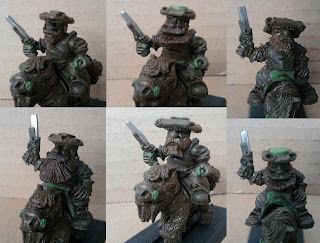 And that it works both ways...

The next few greens (browns) have arrived. There are 4 heads (+1 feather), 2 rider bodies and 2 ponies. More rider and pony variants will be added after this initial set has been moulded. They are loosely based on historical reiters, with a more spanish twist added. As the others, these are sculpted by John 'Poshgoblin' Pickford. 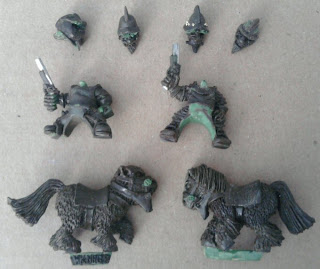 Some assembled pictures. Note that these are just tacked on and therefore don't show the most optimal fit. This also applies to the feather which is separate from the helmet. 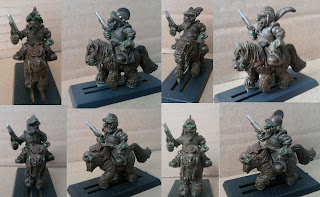 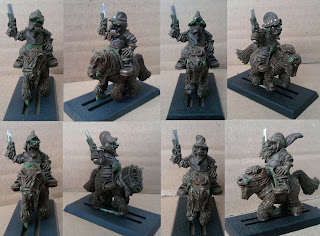 A closer look at the heads. 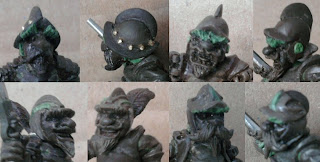