And here are the completed goblin command figures: a modular captain, 2 modular musicians and two different standards to use with the rank and file models of WKG-01. 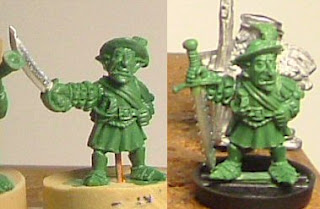 The first musician, the drummer, comes with separate head and is one of my favourite models of the range. 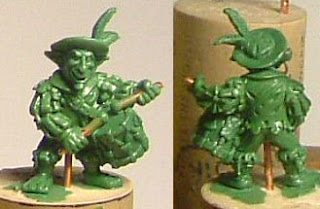 The second musician is a hornblower. No separate head for this one, but he does come with sword or pistol option.

Funds didn't allow a separate model for a standardbearer, but with these two standardhands, you can change any rank and file goblin from the WKG-01 sets into a standardbearer. The standardtops are representing a little goblin cherub (a parody on a well known renaissance theme) and a boar head. 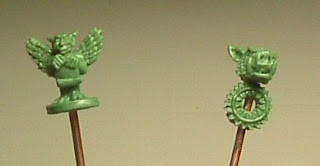 The various bits in the command set: 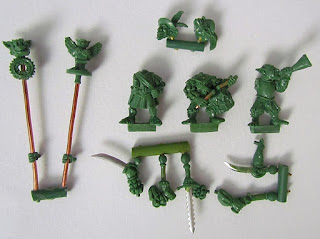 Aside from the command models, we also have the first of a set of character figures, which can be used as either a general, a hero or another champion. Characters need names of course, so I give you Gob de Leon. He has the option for a bare head or a helmet. 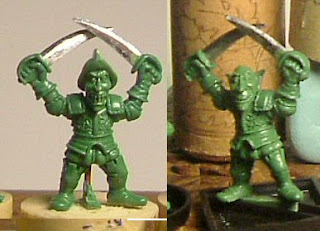 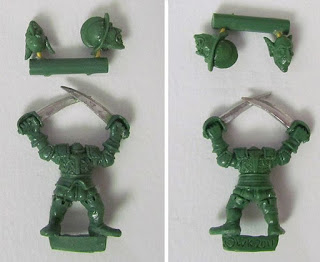 Kev Adams has finished a set of goblin command figures, but until I get a chance to take some pictures of the finished items (or get the ones I had from my other pc), you can enjoy some WIP's as a teaser of things to come. 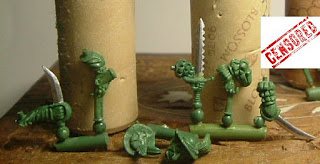