Two more Foundry orcs for the orc spearmen unit (technically, these two are more halberds, but I'm using them as spears).

The Imperial greenskins so far: 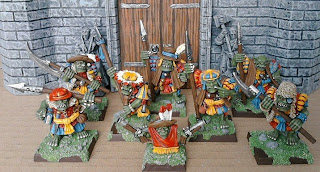 Gobbo With No Name

Another Foundry figure, sculpted by Kev Adams. The Gobbo With No Name. 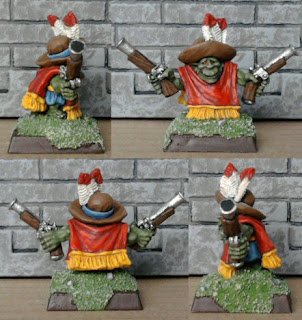 Two more Marauder crossbow dwarves, both convert to some extent. The first one got a greenstuff feather and some puff and slash added to make him a bit more interesting/renaissance-ish.

This one had the yellow vest and the blue puffy sleeves added with greenstuff.

A while ago, I've been rummaging through some of the old boxes in my parents garage because 15-20 years ago I had a couple hero-quest type boardgames and one of them was called the "village of fear" and came with a load of part plastic and part cardboard buildings à la mordheim. I wasn't expecting much of them since these things tend to look bigger and cooler in our childhood memories, but when I found and opened the box, I was pleasantly surprised. They are a VERY good size and nicely detailed (not as crisp as the current warhammer buildings, but then these are almost 20 years old). I'm planning to replace the cardboard walls with some nice, 3-dimensional new ones and they should look very good when done. I especially like the windmill bits. They're all depicting buildings in bad state, with holes in the roof, but they'll do for the more neglected parts of town. 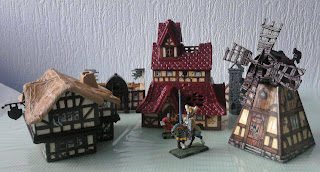 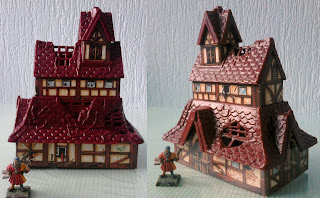 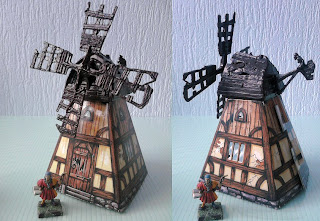 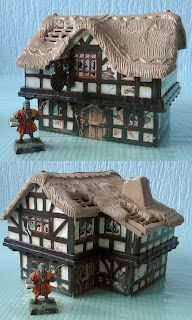 The ruined... ruins. The chimney and the decorative entrance will be scavenged for other, new buildings: 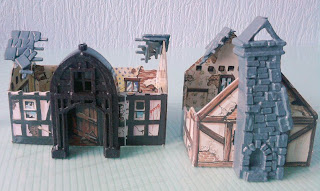 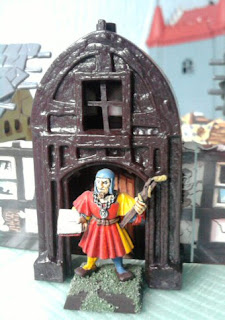 The set also had small flasks and a few pairs of boots with wings (magic items) in the proper scale.
at 3:06 AM 0 reactions

Email ThisBlogThis!Share to TwitterShare to FacebookShare to Pinterest
Labels: Village of Fear Buildings 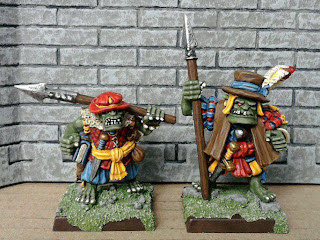 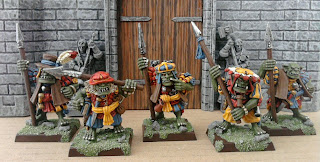 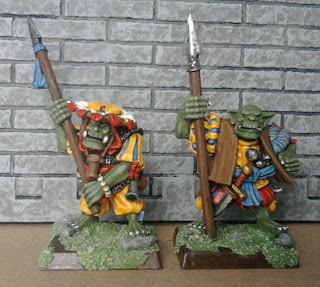 With the one from before: 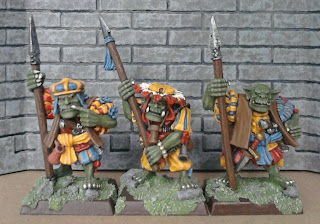 One of the older Marauder dwarfs: a halberdier.