A little preview of the WIP halfling archers Juan is working on at the moment. The set will be comprised of 5 figures like the other ones.

Easily my favourite of this batch, this one is taunting the enemy showing he's still got his fingers and can shoot (in reaction to the practice of cutting off fingers of captured archers so they can never shoot again). Just because he's small doesn't mean the dude doesn't have attitude. 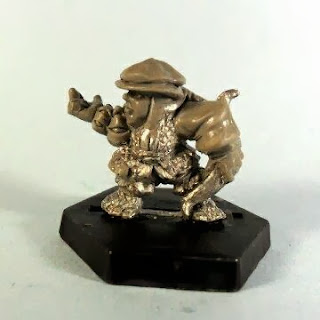 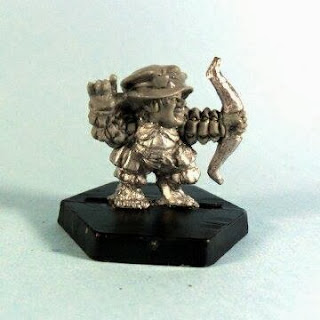 A scale comparison with a classic citadel halfling as those are going to be the size standard people will judge them by. I'm tempted to call this one Robin Hoodling... 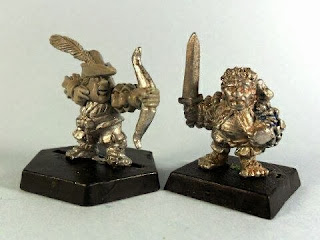 It would seem more and more human figures are creeping in the range. Coming soon will be this excellent landsknecht cannoneer firing a large hackbut, sculpted by Brother Vinni. 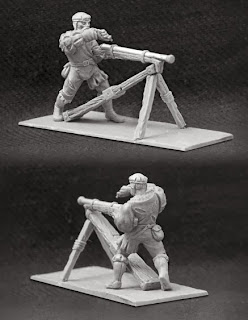 The more perceptive of you will recognise this model as having been available from his site for a short time, but which has since gone OOP. It is now getting a second lease on life. Because some figures are just too good to stay dead.

Now I could have left it at the vanilla knights and that would have been fine, but I had a hankering for creating a couple variant knightly orders, with their own heraldry and alternate weapon options. So the next release will be these 3 additional knightly orders, one of which will be an all new kit and two will be upgrades to be combined with the existing bodies.

I should apologise for the bad picture quality. I didn't have my camera, light was bad and I only had a short time before posting them to the mouldmaker for mastermoulding.

You can see most of it in this picture, except for one separate visor, a separate beard and an alternate pose for the hammer and morning star arm options. 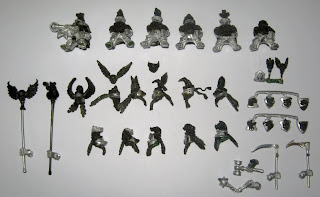 1) The Order of the Great Bear, aka the Templar Knights of Ursa Major.

The set includes 4 templar bodies, armed with big hammers and wearing large bear pelts, a champion of the Order, a musician and a standard arm that fits on the trooper bodies. The bodies are also compatible with the lances from the generic knights. 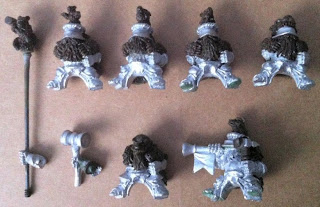 Knights of the Great Bear. Each knight templar wears a heavy bear pelt and a helmet with bear heraldry: 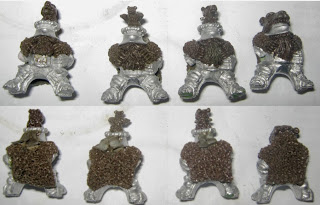 Champion of Ursa Major. His characterful head bears the scars of many wars and conflicts. 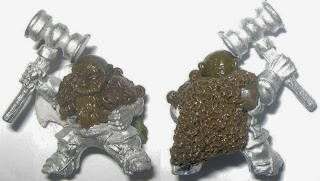 Order of the Great Bear musician. 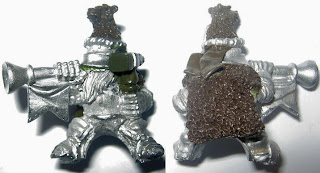 An extreme close-up at the standard top. Keep in mind this view is magnified many times and it's quite small in real life: 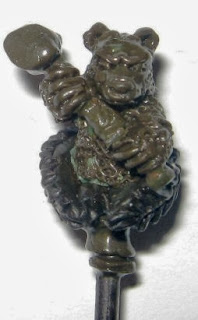 2) The Order of the White Boar

This one's a secular knightly order. The set contains 5 boar themed heads, including a new visor for the open helmet, morningstar weapon upgrades and 4 new shields. There are already bits to make the command for this order included in the generic command set, so none were required now. 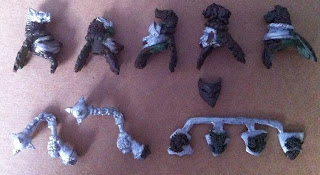 3) The Order of the Raven, Templar Knights of the God of Death

This set contains 6 Raven/skull themed helmets, including a skullfaced visor for the open helmet, scythe arm upgrades, 4 themed shields, a standard for the standardbearer and new helmet tops for the champion and musician heads in the generic command set. 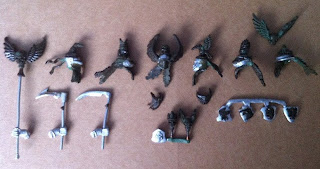 My favourite head from this lot, a tribute to the old Battlemasters lord figures (MB): 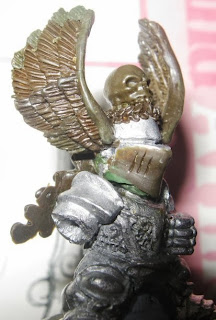 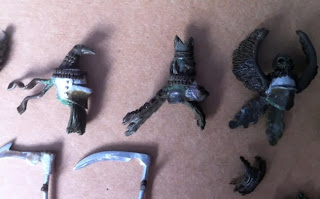 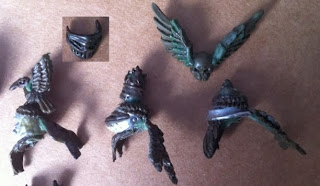 These helmet tops are alternatives for the musician and champion head in the generic command set. The extra shield is for the champion: 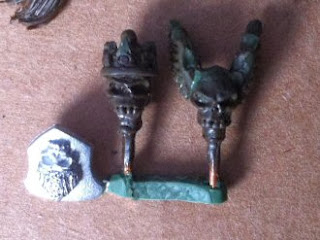 The Boar and Ravenskull shields: 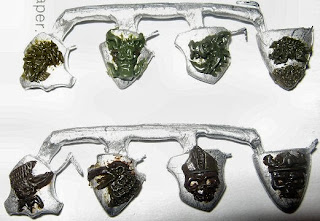 In case you need a reminder, these are the generic knights that these bits will go with: 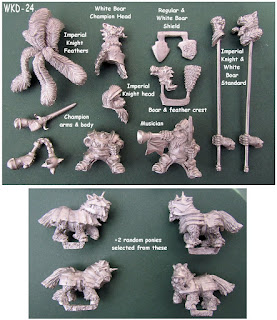 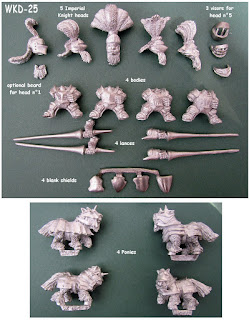 Two more sets for the upcoming reboot of the halfling range, these are singlepart figures in the vein of the classic figures of the past. Sculpted by Juan Montaño. These are character sets to add some variation to the units by introducing some different poses.

Halfling spears. As a special touch, one of these is eating, while another (5th) is falling asleep against his spear. 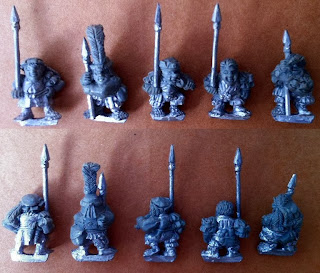 Halfling swords. Noteworthy features are the drinker (1st) and the buttscratcher (2nd): 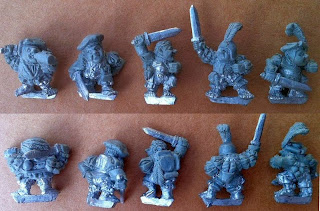