Some of you may remember the greens I posted almost a year ago for the Dwarf footknights of the order of the Great Bear. It seems like good timing that, shortly after I posted the greens for their human counterparts, I can now announce that the dwarf footknights will join the rest of my former dwarf range at The Assault Group, who are running a 4 day long kickstarter to release them right now:

Brilliantly sculpted by the lovely John Pickford and gorgeously painted by Paul Sanderson.

I will let the pictures of the painted figures speak for themselves: 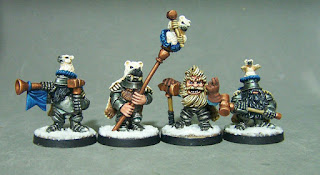 I received some better looks at the figures from yesterday's post from the sculptor, so feast your eyes on these:

The Champion of the Order 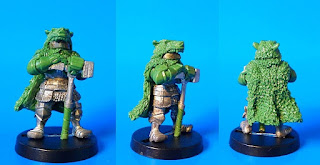 The (first) 5 rank and file knights: 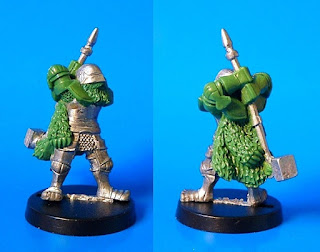 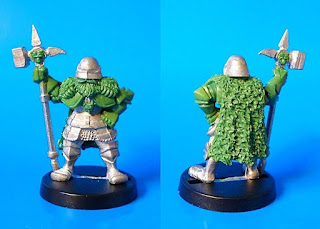 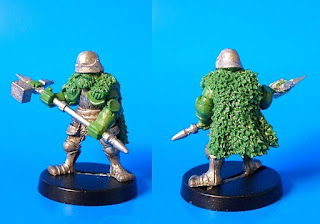 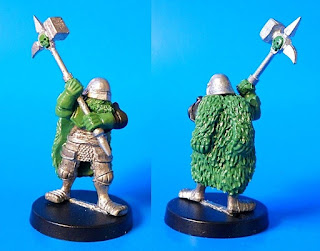 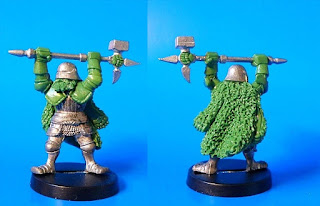 The Musician and Standard bearer 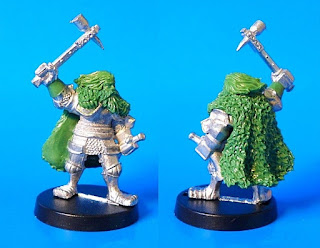 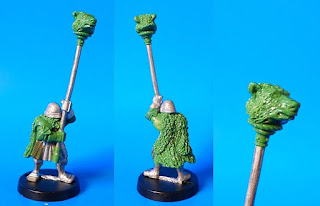 Knights of the Great Bear on foot - Greens

Mick Darpa has delivered another set of (in my opinon) characerful sculpts with an oldschool bent. This is another set of knights templar (on foot). These belong to the order of the Great Bear. They are wearing heavy fur cloaks, made from the skins of bears they killed themselves and wield impressive great hammers that strike fear in the hearts of their enemies just by looking at them.

The champion of the unit looks unimpressed by the enemy. He'll lift his hammer when they get close enough to smell their breaths... The bearhead adorning his helmet could also be painted differently to represent a particularly ugly direwolf if you prefer. 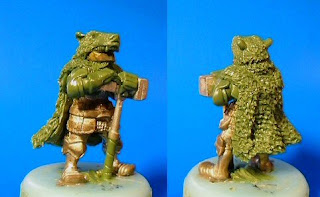 The musician goes into battle armed with a "small" warhammer, to keep his other hand free in case his needs to blow his horn. 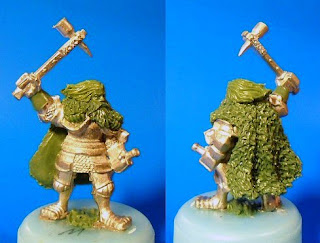 The proud standard of the unit. No frills, just a carved bear's head to show what they are about.

The first 5 rank and file Great Bear templar. I will post more pictures from different angles when I get them. A second set of rank and file figures, with bare heads, will be converted from these after moulding. 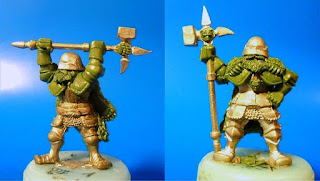 While you've been introduced before to the Graf's lovely daughters, we were yet to encounter their stepmother, the Graf's new wife. Noone really knows where she came from, though she herself says she descends from a royal lineage and claims the title of "Queen of Hearts". Tensions have been running high between the Graf's daughters and their stepmother...

Another mysterious character has been roaming the land off late. This ageing knight is clad in shiny white armour, with a helmet shaped after a horse's head and carries some frankly odd equipment. Upon mention of his presence in the Empire, it is said the Graf's new wife reacted with visible shock, suggesting perhaps that this White Knight may have traveled from the same place whence she came. If that is the case, it does not appear as if that news was a welcome one... 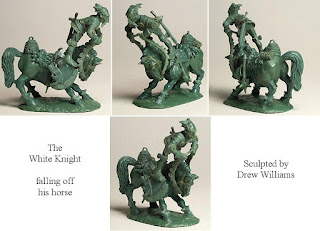 These aren't mine unfortunately, but I couldn't resist showing off this painted set of the witchhunters, by German hobbyist Jan Niehues. They really look splendid in colour! 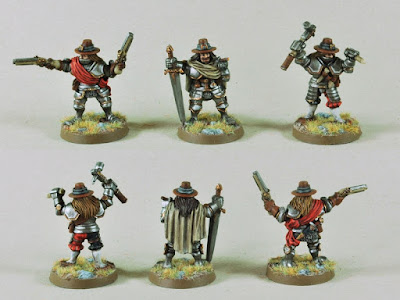 Shameless plug: there are some copies left in the Getting Some section.
at 9:35 AM 2 reactions

It's with great pleasure I can announce my former renaissance "fat" halfling range is now available from the The Assault Group webstore. This includes the Rooster riders and the halfling zombies! 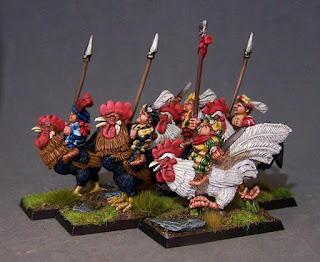 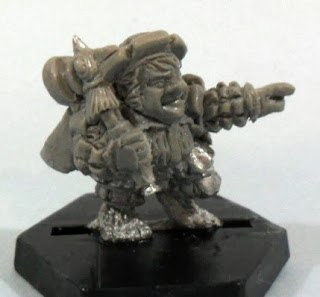 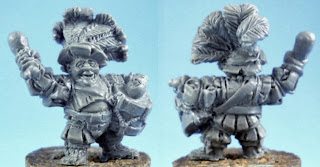 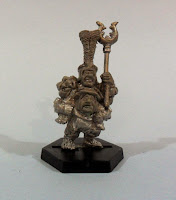 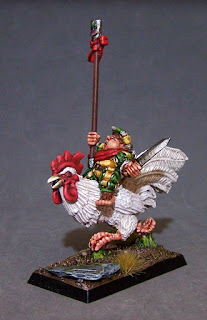 It's been a while since I had something new to offer, but the following have been added to the "Getting Some" page: 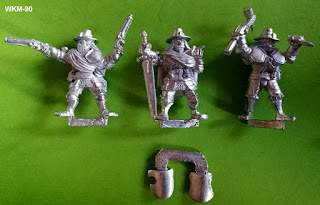 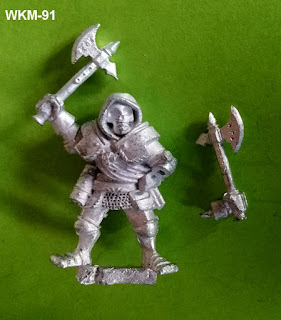 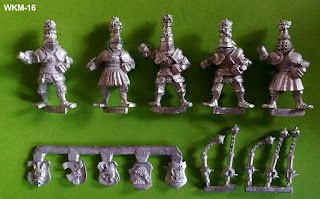 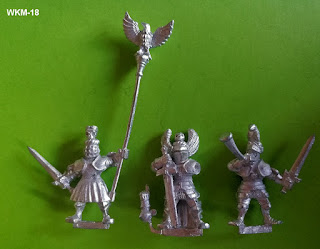