The upcoming new faction will be Imperialised Sea Elves. Sculpted by Mark Evans.


"When the seafaring Elves reached the lands of men, some settled down in the great port cities and set up a trade network between the elven homeland and the New World, as they called it, of men, dwarfs and other races. While they tend to stick mostly to their secluded quarters in the cities, over time they adopted a fashion sense that mimics that of their new home, albeit more elegant of course than the fabrics made by mere men." - from "A treatise on the people within the borders of Emperor Willem Karl's realm".

Unlike my previous projects, for this one we started out with dollies, which are generally basic figures consisting of a head, armless torso and legs. Because I wanted to avoid having all the poses have the same combination of torso and legs, we made some separate components instead to mix and match in the final figures: 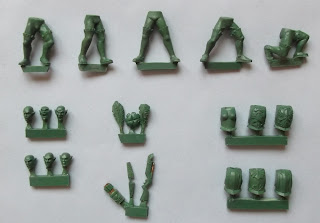 Trying out a few combinations: 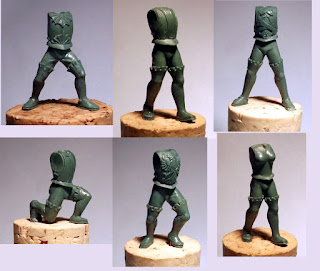 The various weapons and bits that will eventually be used in this project: 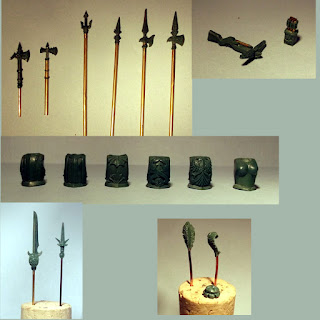 And the finished bodies for the first set. These will come with spear, halberd or axe option. More sets (in different poses) are being worked on: 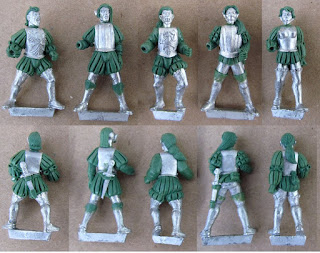 Some assembled examples and a look at the weapon options: 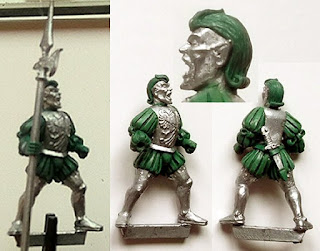 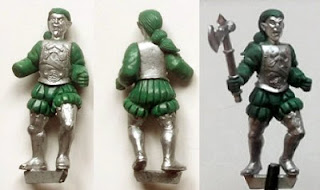 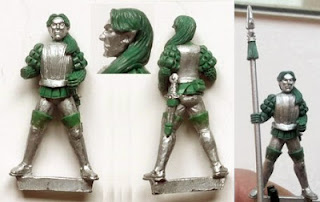