Time for a closer look at those dwarf knights I've shown a few teaser pictures of. This is the first of 3 planned knightly orders and the one I refer to as the "vanilla" knights as they are pretty much your basic classic knight figure with feathers on his helmet, lances and blank shields to fit any design. The next orders will have a specific theme (one of which can be guessed from the alternate add-ons in the command set).

Let's start with the captain of the order, he of the magnificent feathers. This model would work well as a Grandmaster of the order or an Army General as well. He is shown here with his optional sword (other options include the traditional lance and the "morning star" as shown below). 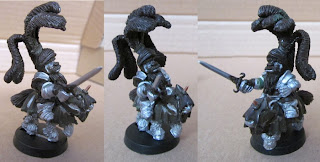 This is the same captain with the alternate head and weapon. He has a matching shield shown in the bits pics below. 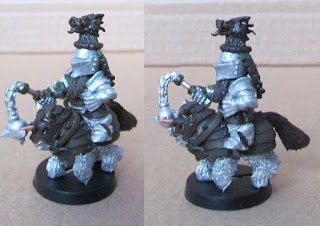 A couple examples of assembled combinations. All bodies can be assembled with a vertical or horizontal lance. 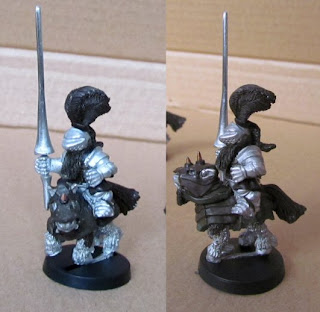 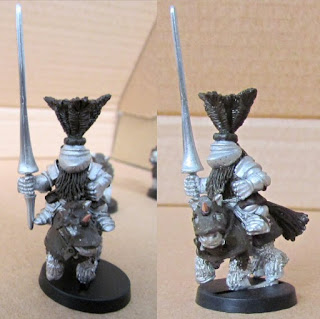 This one works well without a beard, but if you must have one, well it comes with an optional beard (shown to the right). 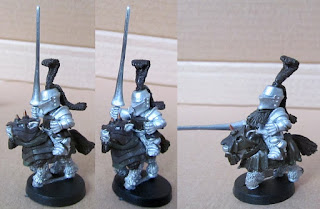 This particular visorless head comes with 3 visor options. The grille and the bars visors allow you to see the dwarf's face behind it. The third one is a closed visor that will require you to trim his eyebrows for a good  fit. 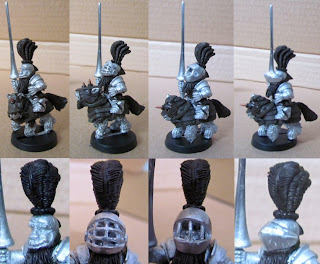 The command set comes with a standardbearer upgrade for the rank and file bodies. One is this rather characterful boar standard and the other is an armoured glove making a fist. 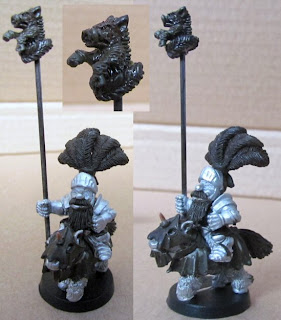 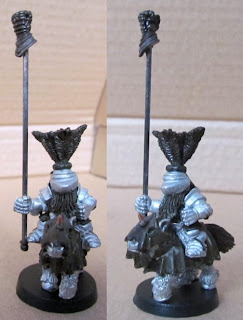 The musician,  at last, comes with two options to decorate his helmet top (not shown here, but pictured in the group shot below): 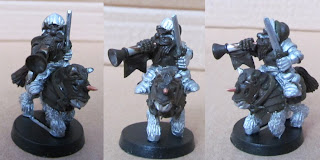 Group shot of the bits 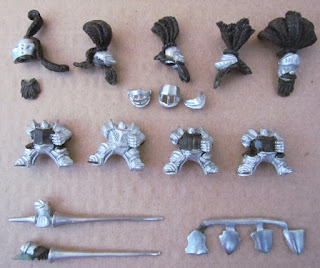 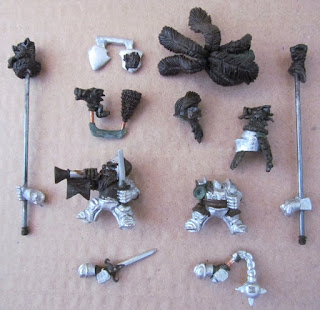 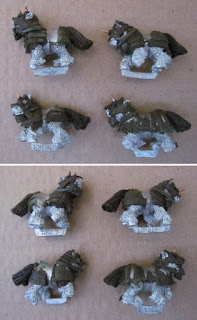 Teasers For Things To Come In 2013

It's been a while since any real update on what's in the pipeline and I'm not going to give you one now. Instead, I'll just show you a couple teasers and be done with it. Oh, and there is now a new facebook page where you can also follow updates.

Can you guess what these are? 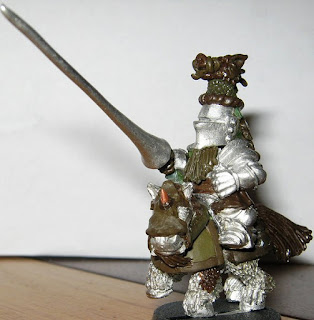 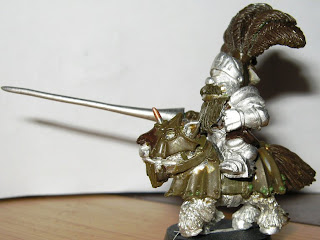 This should be fairly obvious (painted figure for scale)... 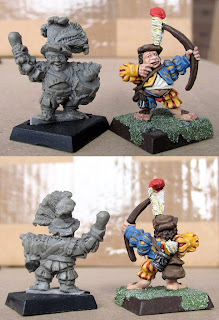 I've also been playing around a bit more myself and completed the second member of the stretcherbearer team and added some bits that offer the option to use them as an ammo/petard team instead. We'll see if it looks halfway decent when it's moulded (if it doesn't, they'll stay in my personal collection). 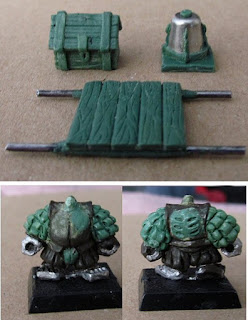 Some heads to go with them. Only the best will go on to be turned into metal. 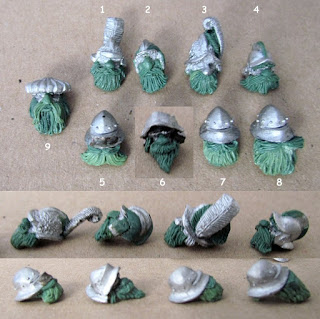 And I've finished mister twohands here (after tearing off parts of it more times than I can remember in order to start over) or at least got him close enough to stop fiddling with him. He'll get two optional weapon tops that will be spear and halberd, though he should look good with one of the dwarf standards as well.