Now in the previous post I've shown some images of Sea Elf conversion bits, mixed with Perry Miniatures and GW bits, but it occurred to me I actually failed to show the conversion bits I was talking about. They were posted to the Facebook page, but not here.

To elaborate a little, these are based on salvaged components from the various sea elf greens and while their parts may not be designed to be interchangeable, they work pretty well and most of them don't even require any filling or filing. So the idea is to make these available as conversion sets, either to be combined into new unique sea elf figures or mixed with third party components.

The weapons will be the same hands with spears, halberds or axes from the sea elf core infantry sets.

There will be 25 heads (20 male, 5 female) which will consist of the ones shown below and the 6 bald heads: 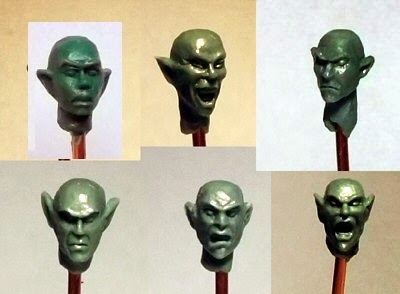 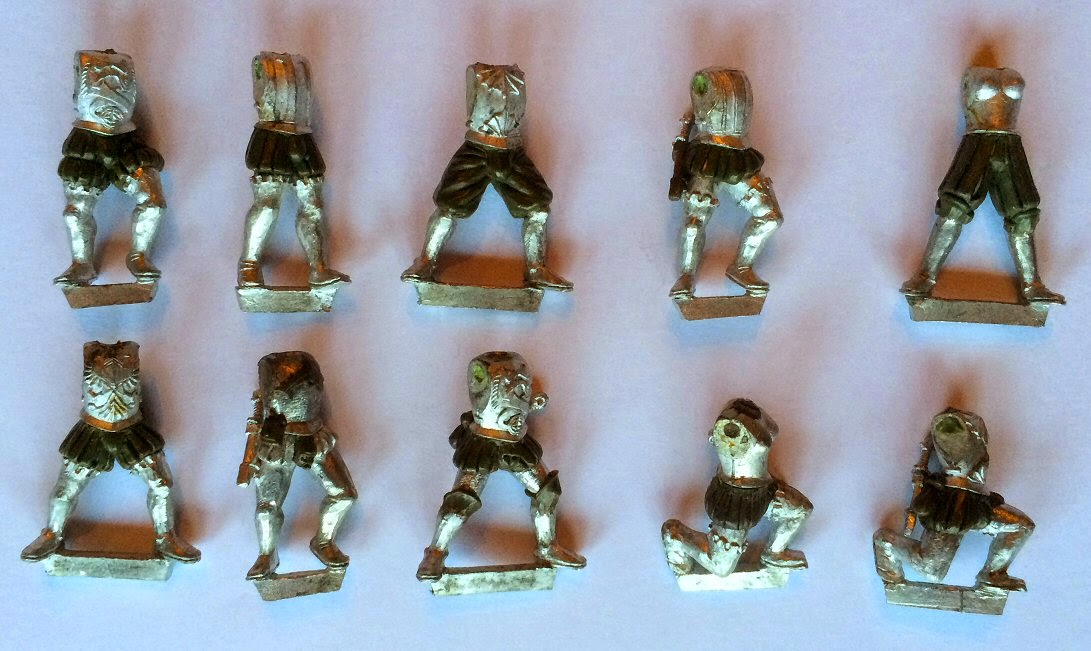 For the time being, I have these sets of arms: 6 different, with the fifer arms as a bonus.The weapons will be the same hands with spears, halberds or axes from the sea elf core infantry sets. 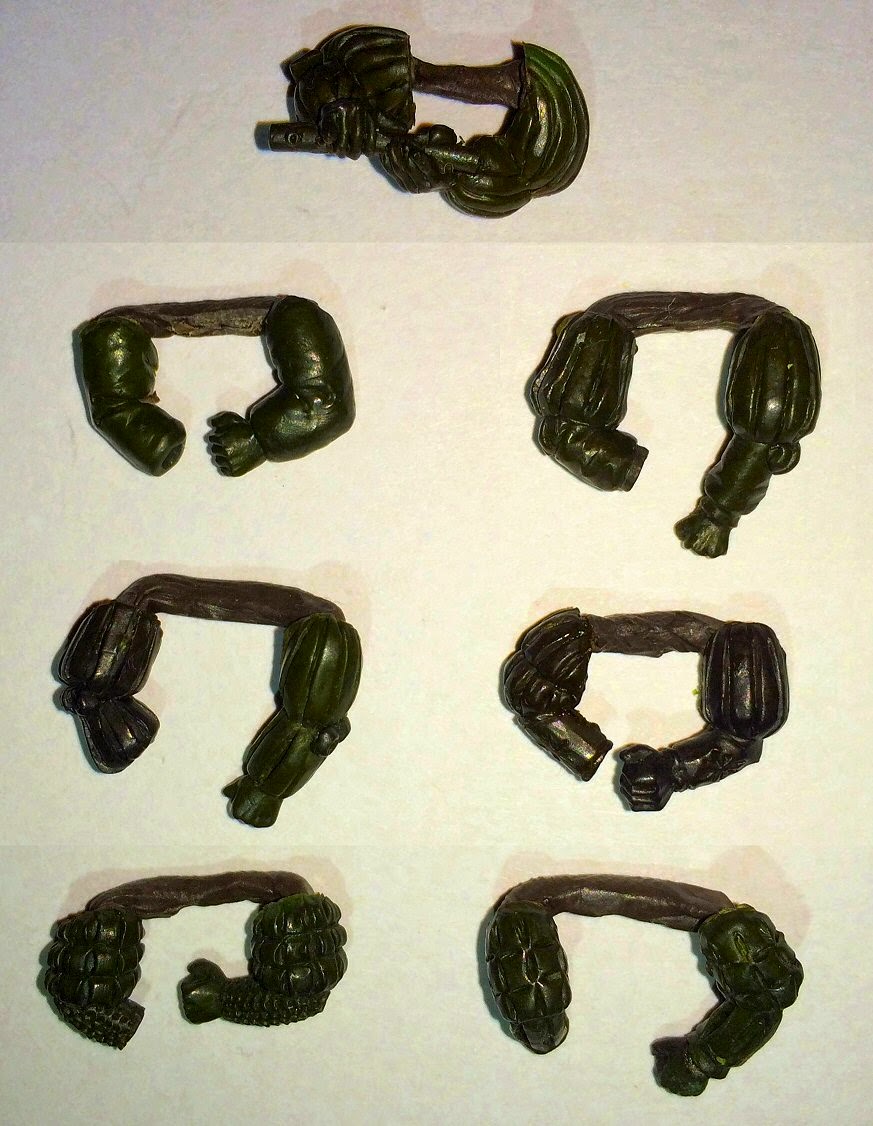 All of the above have been cast in metal and I only need to find the time to clean some castings to send of for productionmoulding.

This may or may not get expanded with the original dolly components made for this range: 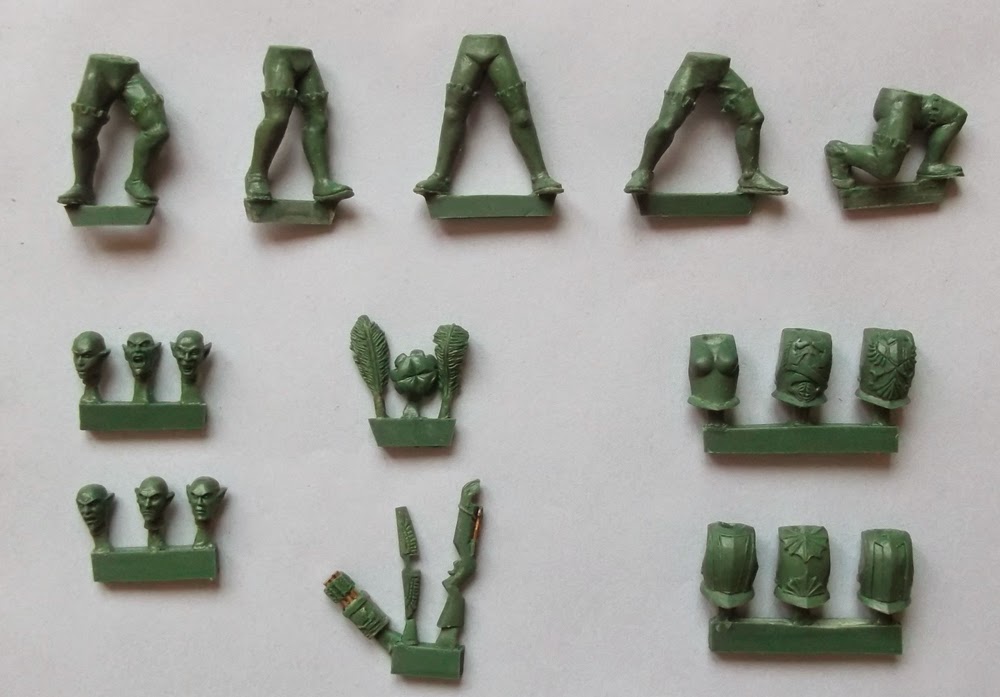 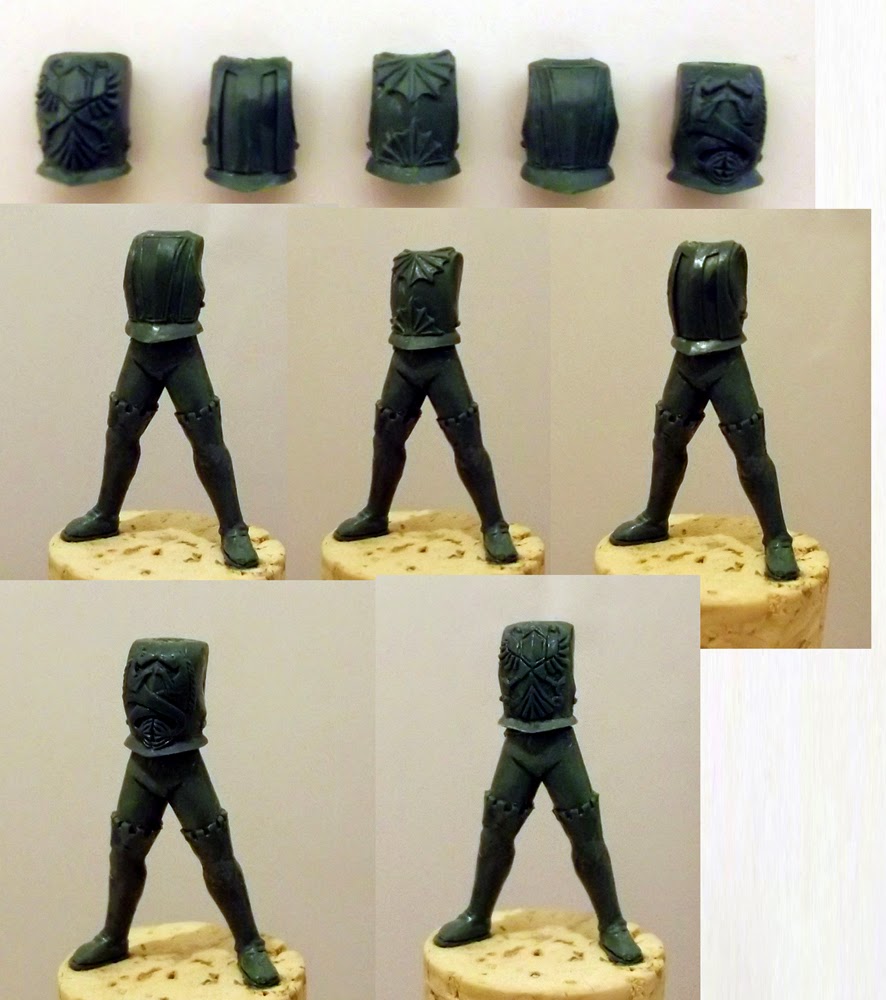