Mick Darpa has finished the first of the body dollies, helmet blanks and weapons for my human foot knights. The idea is to have the dollies and bits moulded and then have various different knightly orders and command sets sculpted on them. I will probably also make the body dollies available as such, for converters who want to use plastic arms and heads on them.

These are the first three. There will be more body variants (6 in all) and for those concerned about the first body not having fully armoured legs, there will be a fully armoured variant converted after moulding. The plastic head in the first picture is just there to give an idea of size and may look a bit large (though should look ok when the figure has arms).

The helmets are just blanks at this point. After moulding, these will be decorated with various feathers, plumes and icons to reflect different knightly orders. The first knightly orders will likely reflect the ones I created for my Dwarf knights ("vanilla" Imperial knights, White Boar, Great Bear, Raven & skulls) though others may appear. 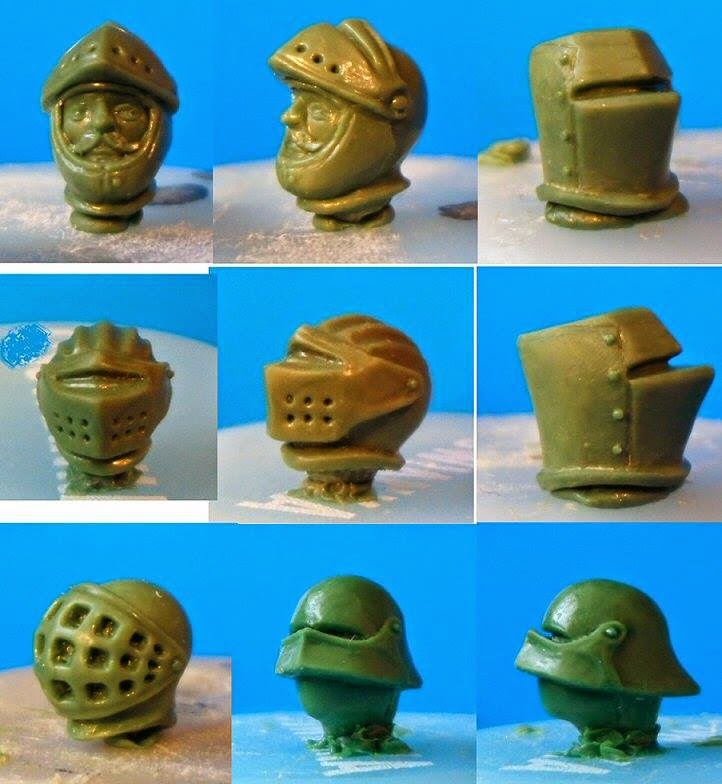 These are some of the weapons that will get used in the various sets. Where possible, I will try to make the weapon hand a separate part, so you can mix and match and aren't restricted to specific weapon options for specific knightly orders. A simple weapon sprue is also a possibility. 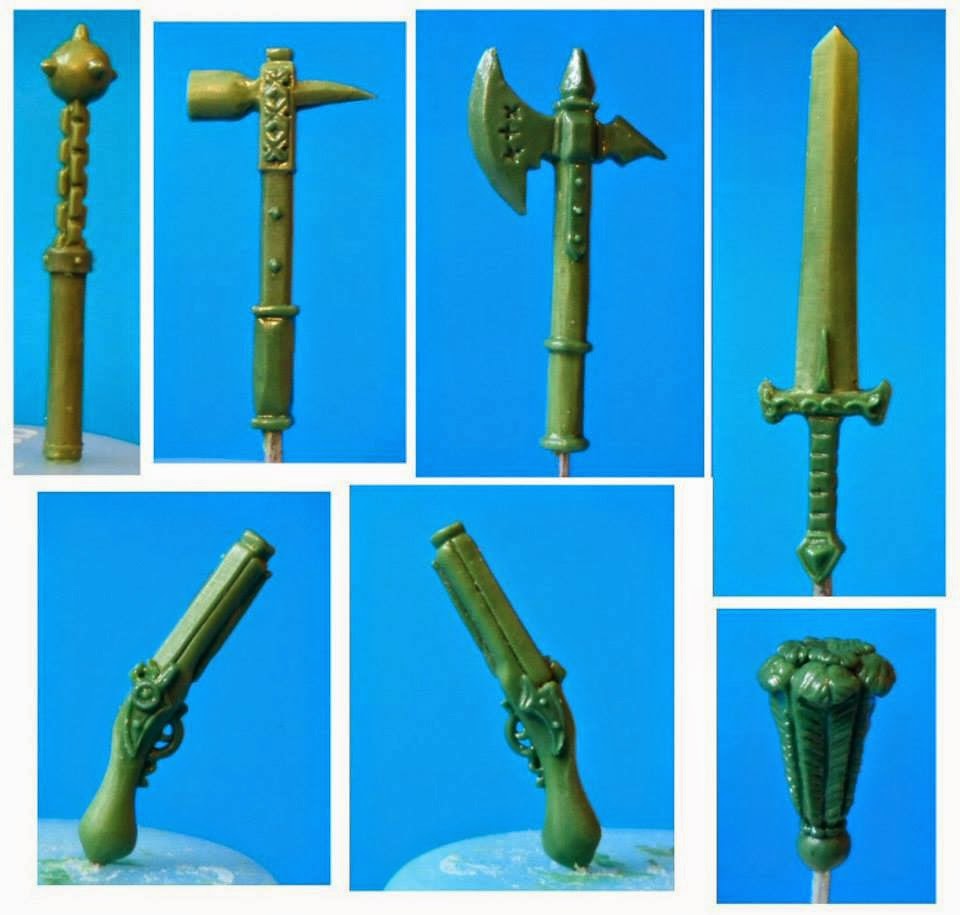