Another three dwarfs with pikes. One is the Marauder MB1 Sergeant figure, the other two are from the second infantry set of my commissioned dwarves. 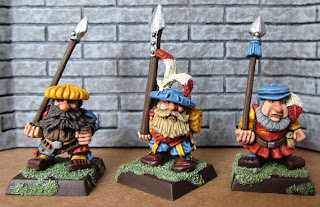 First the Marauder sergeant. This has been one of my favourite marauder dwarfs for a long time, so glad I could finally slap some paint on it. I wasn't too sure about some of the choices midpainting,  but in the end, I think he came out pretty well. 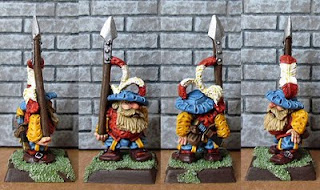 Secondly, one of my dwarfs, using the "amish" looking head. It's one of the best heads in the set IMO and it works well with this body. I also used one of the separate swords in scabbards to add some more detail: 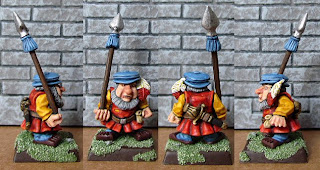 The last one is also from the second core infantry set and is probably the combination of parts that has the most puff & slash for that much craved for landsknecht mercenary feel. Even his hat has them! 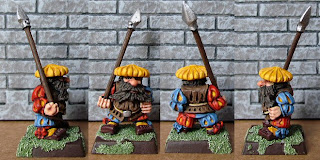 Some more pictures, the first of the 4 body poses from set two, the second a (non-exhaustive) selection of poses from sets 1-3, all armed with pikes. 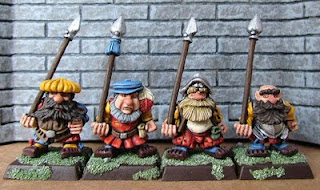