Dwarf with crossbow. I didn't think the original figure really fit the theme (looked like a smallfooted dwarf in a dress really). So I added landsknecht shoes, puffy sleeves and a jacket.

Two more converted pikes. The bandana-headed figure got an all new hat and a real beard. 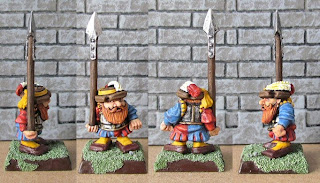 A hard figure to modify without cutting it up. I ended up giving him a beard extension, a feather and a bowtie sash. 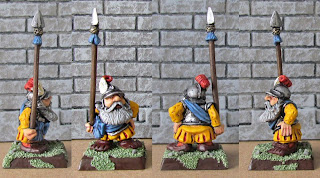 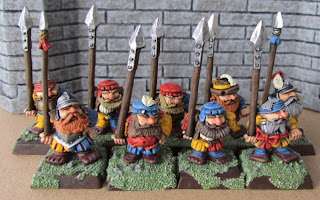 My first warrior priest... with a twist. He's supposed to be an imperial dwarf warriorpriest, converted from an Alionas miniature. Additions include the plastic hammers, new face and head, new breastplate, sculpted holy book, icons on the shoulderplates and some smaller mods. This is an attempt to reconcile classic marauder feel with present day empire iconography, using a basemodel that is neither citadel or marauder. I think he came out ok. The original mini had a beard which got removed and replaced with a decorated breastplate. A beardless dwarf would be odd though, so I decided to hide the lower half of the face with a neckguard (which is typical of WP's anyway) and show just a hint of hairgrowth. The original head was pretty small too, so I bulked it out and resculpted the face. His shoulderplates received one of those german crosses and a twintailed comet.

The conversion before painting: 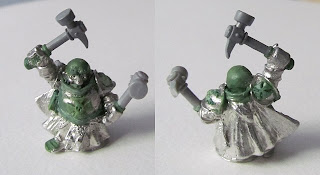 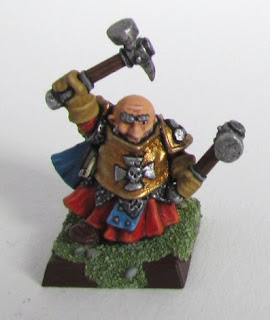 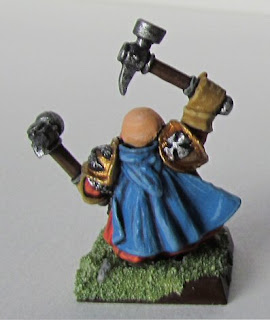 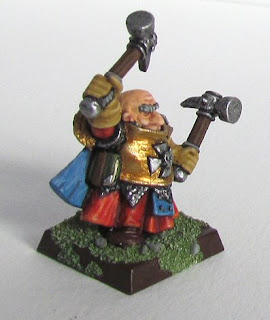 A touchup of an old paintjob and additional conversion on a kitbatched footknight. The figure uses parts from the knightly order sprue with legs from an old command model. Originally I had only glued on the plastic fur cape that came with the knights set, but before partially repainting it, I added the extensions with the claws over the shoulder to make it look more like the old metal knights panther (which are also being touched up currently). I should have extended it all the way as it doesn't blend all that well into the plastic, but oh well, too many things to do to revisit this a third time. 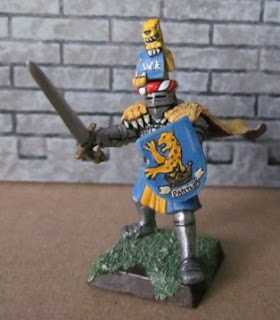