It's been a while since the last update, but there is plenty of new stuff in the pipeline, starting with the long overdue command set for the dwarf ponyriders.

First off, the captain, nicknamed "The Don", who can be equipped with either two pistols or a sword and a pistol. 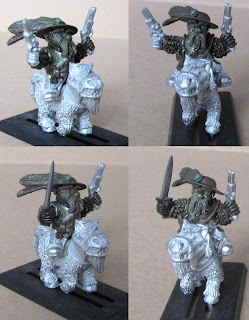 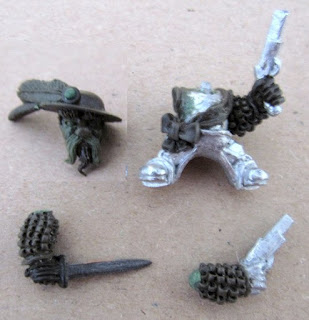 The musician has an integral head, blowing a hunting horn and an option of sword or pistol as his weapon. 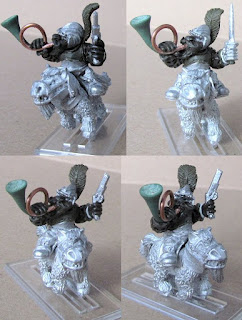 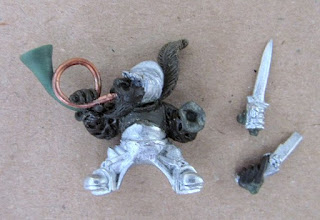 The standardbearer is conceived as an upgrade for the core bodies, and consists of a new arm with a standard depicting a running boar and a new head (which can be used with the champion body as well). 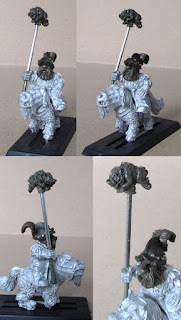 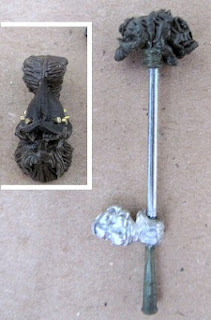 There you go, stay tuned for more updates soon.
at 7:56 AM 0 reactions