A cheap castle kit from a toy store, that I'm turning into empire-themed scenery, with the addition of a few bobs and bits. The box and it's contents: 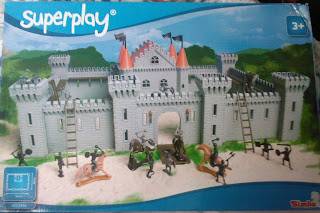 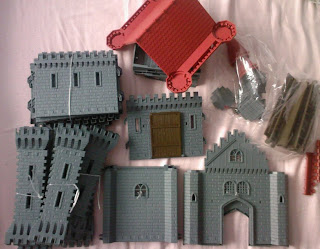 The central building built straight from the box, with addition of statues, shield icons and scratchbuilt doors. Gaps were filled: 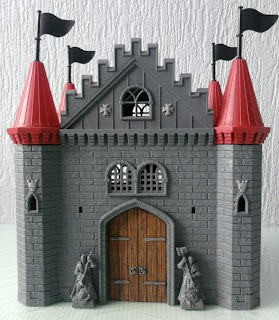 Front, back and side view after painting. Torches added from the GW plastic manor set. The toylike flags were replaced with scratchbuilt flagpoles (steel wire and two types of plastic beeds). Flags will be added when I get them done. 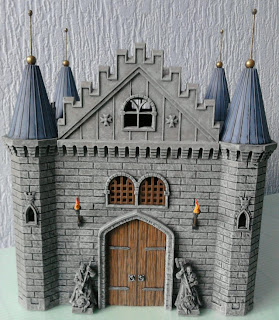 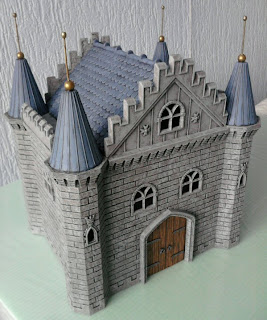 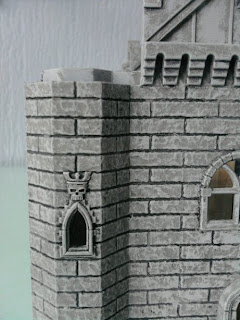 As can be seen here, the walking space on both sides of the roof has room for 4 figures on 20mm bases. Would be a good spot for a sniper/hochland longrifle. 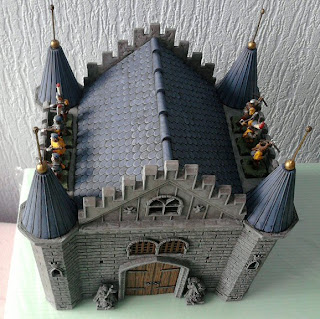 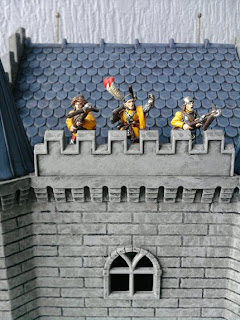 And a few final pics with figures to give a feel of the size: 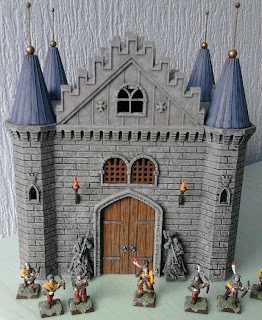 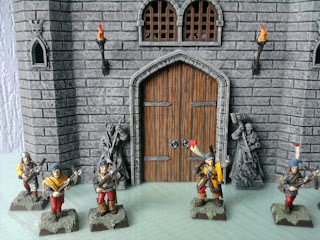 All in all, I don't regret buying the kit, especially considering the price. I am very pleased with how well it paints up.
at 6:20 AM 0 reactions

Email ThisBlogThis!Share to TwitterShare to FacebookShare to Pinterest
Labels: Castle

Many years ago, I started collecting (and painting) a Warhammer Empire army, including many classic models from Citadel and Marauder, as well as plastic extra's from the Battlemasters set and some figures from alternative manufacturers. I got as far as painting the lot you see below, before moving on to other things. But I never stopped adding to the army (in terms of bare metal and plastic) and have now once more picked up the brushes. Of course, my painting style and skill has changed a lot since those days (which is why you're not getting any close-ups) and the old figures will need some touching up before they can stand proudly next to the more recently painted ones.

While I still like the Empire background as defined by GW years ago, I have long since decided to take my own direction with it, and include many other influences. So this is not really an Empire army, but a broader, multiracial renaissance themed fantasy army.
at 8:50 AM 0 reactions

Email ThisBlogThis!Share to TwitterShare to FacebookShare to Pinterest
Labels: About this blog
Newer Posts Home
Subscribe to: Posts (Atom)