A new addition to the manufacterer showcase (right hand menu, towards the bottom), long overdue. There has also been an update to the Ogre showcase.

GW's Empire halflings need no introduction obviously. The range used to include halfling bowmen, spearmen and swordsmen as well as a hot pot catapult. 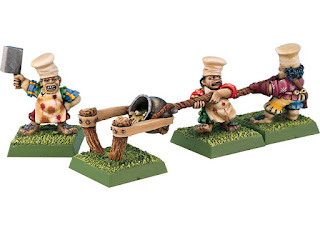 Not a commercial range, but my personal privately commissioned (and growing) landsknecht dwarf, goblin and now also halfling range that you can find to the left of this post. :) These are slightly taller and thinner than your regular potbellied halfling. There are halflings with spears, halberds, swords, crossbows, handguns, command and some wizards. 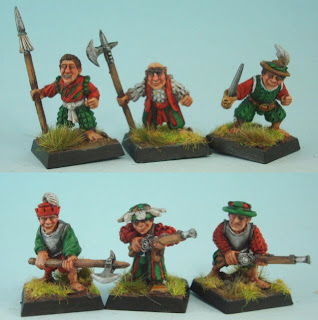 Uk-based manufacturer of characterful fantasy figures, including some halflings with renaissance influences. 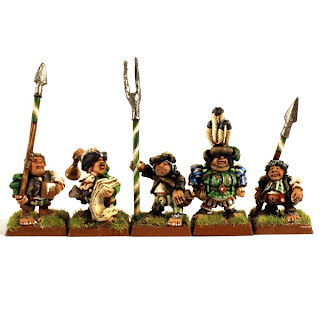 Black Hat took over the small fantasy range from Crusader Miniatures. They are not full-on landsknecht halflings, but have a similar vibe to the old GW ones. The range includes command, spears, archers, slingers, and swords. 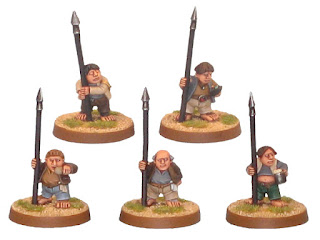